As of Jan. 2 of this year, the newly revised EPA Agriculture Worker Protection Standards pertaining to pesticides are in effect, with the major change from 2015’s revision being annual farmworker training as opposed to once every five years. Specific information is available in a post at the EPA’s website, https://www.epa.gov/pesticide-worker-safety/revisions-worker-protection-standard.

The site says, “EPA is implementing stronger protections for the nation’s two million agricultural workers and their families working on farms, forests, nurseries, and greenhouses. These revisions to the 1992 Agricultural Worker Protection Standard will afford farmworkers similar health protections that are already afforded to workers in other industries.”

Stuart Reitz with the Department of Crop and Soil Science, Malheur County Extension of Oregon State University, told OnionBusiness.com that a session to “Train the Trainer” has been scheduled for March 7 at the Malheur County Extension Office in Ontario, OR. He said the training “will meet the National WPS and additional Oregon requirements for trainers,” and he advised the workshop will run from 8 a.m. to 4:45 p.m., with materials to cover 30 attendees. If you’re interested, call 541-881-1417 to reserve a spot. The session, organized by Bill Buhrig, is free. Lunch is not provided.

In her blog at http://blogs.oregonstate.edu/owri/2016/12/16/wps-january-2017/, Dr. Patty Skinkis, OSU Viticulture Extension Specialist & Associate Professor, wrote in advance of the revision, that “all farms, including vineyards, will require that their agricultural workers receive annual training, have easy access to information about all pesticides used on the farm, and receive necessary safety information while working around pesticides. The Worker Protection Standard (WPS), which is administered by the Environmental Protection Agency (EPA), was revised in 2015 to enhance the protections of farm workers and pesticide applicators from the risks associated with pesticides. It now requires more frequent training of agricultural workers and makes pesticide use recordkeeping a federal directive… The revised regulations require that all farms, where agricultural plants are produced, must provide annual training of employees who work in and around pesticide application areas. This includes full, part-time or temporary employees, and it applies to areas even after pesticides are applied.”

Additional information is provided at the site.

Reitz wrote in his January newsletter that the revisions to the 1992 Agricultural Worker Protection Standard “will afford farmworkers similar health protections that are already afforded to workers in other industries.” Reitz pointed out that individuals “can be a certified trainer of the WPS if you have a pesticide applicator’s license. Oregon is not going to enforce any of the new regulations until January of 2018.”

But he added, “… I would encourage employers to attend trainings or at least read up on the new regulations. They are going to be of issue eventually. “

In addition to the annual mandatory training, the new regulations will also see expanded training that includes “instructions to reduce take-home exposure from pesticides on work clothing and other safety topics”; a first-time minimum age requirement prohibiting persons under the age of 18 from handling pesticides; expansion of mandatory signage prohibiting entry into pesticide-treated fields “until residues decline to a safe level”; new no-entry application-exclusion zones up to 100 feet surrounding pesticide application equipment to “protect workers and others from exposure to pesticide overspray”; a requirement for more than one means for farmworkers and their representatives “to gain access to pesticide application information and safety data sheets – centrally-posted, or by requesting records”; mandatory record-keeping to improve individual states’ ability to follow up on pesticide violations and enforce compliance; two-year records of application-specific pesticide information, as well as farmworker training; anti-retaliation provisions comparable to Department of Labor’s; changes in personal protective equipment standards consistent with DOL’s “for ensuring respirators are effective, including fit test, medical evaluation and training”; specific amounts of water to be used for routine washing, emergency eye flushing and decontamination for handlers at mixing and loading sites; and continuation of the exemption for farm owners and their immediate families with an expanded definition of immediate family. 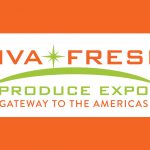 Viva Fresh shines spotlight on onions and OnionBusiness will be there!