As of Tuesday, July 28, the USDA was investigating multiple reports from at least 27 states that citizens have been receiving “suspicious, unsolicited packages of seed that appear to be coming from China,” according to an alert issued that day by the Animal and Plant Health Inspection Service (APHIS).

The alert said that APHIS is “working closely with the Department of Homeland Security’s Customs and Border Protection, other federal agencies, and State departments of agriculture to investigate the situation.”

Reports earlier in the week run in various media note the unsolicited packages have been marked as containing “jewelry” and have what appears to be Chinese writing on the outside of the envelope/package.

State Departments of Agriculture have also issued alerts through general media warning the recipients not to plant the seeds and to contact authorities.

In its warning, APHIS said, “USDA urges anyone who receives an unsolicited package of seeds to immediately contact their State plant regulatory official or APHIS State plant health director. Please hold onto the seeds and packaging, including the mailing label, until someone from your State department of agriculture or APHIS contacts you with further instructions. Do not plant seeds from unknown origins.”

The alert continued, “At this time, we don’t have any evidence indicating this is something other than a ‘brushing scam’ where people receive unsolicited items from a seller who then posts false customer reviews to boost sales.”

And, it said, “USDA is currently collecting seed packages from recipients and will test their contents and determine if they contain anything that could be of concern to U.S. agriculture or the environment.”

It concluded, “USDA is committed to preventing the unlawful entry of prohibited seeds and protecting U.S. agriculture from invasive pests and noxious weeds. Visit the APHIS’ website to learn more about USDA’s efforts to stop agricultural smuggling and promote trade compliance.” 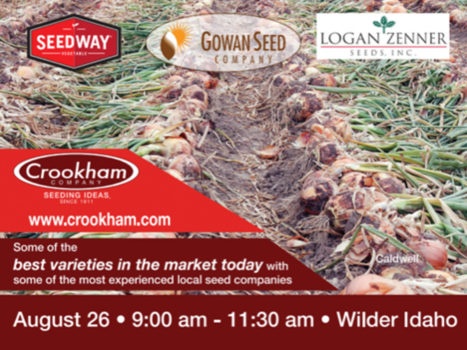