USMCA gets Pelosi’s nod as work continues deal with China

On Tuesday, Dec. 10, U.S. House Speaker Nancy Pelosi and House Dems approved the United States-Mexico-Canada Agreement. Pelosi called the measure a “victory for American workers” and an improvement to the former North American Trade Agreement passed during the Clinton Administration.

Following the announcement by Speaker Pelosi, Department of Agriculture Secretary Sonny Perdue hailed the measure as “a big win for American workers and the economy, especially for our farmers and ranchers.” Secretary Perdue said, “The agreement improves virtually every component of the old NAFTA, and the agriculture industry stands to gain significantly. President Trump and Ambassador Lighthizer are laying the foundation for a stronger farm economy through USMCA and I thank them for all their hard work and perseverance to get the agreement across the finish line. While I am very encouraged by today’s breakthrough, we must not lose sight – the House and Senate need to work diligently to pass USMCA by Christmas.”

USMCA now must be ratified by the three countries. Next Tuesday U.S. Trade Representative Robert Lighthizer, White House senior adviser Jared Kushner and Canadian Deputy Prime Minister Chrystia Freeland are expected to be in Mexico City for a signing ceremony. Ratification in the United States could take up to 90 days – but there have indications the House could vote to approve the measure next week, and passage in the Senate is predicted to come quickly. The House is scheduled to adjourn Dec. 20.

After months of negotiations, representatives from the United States and Mexico agreed earlier this month on revisions to the United States-Mexico-Canada Agreement. Working on the deal were U.S. Trade Representative Robert Lighthizer U.S. and Jesús Seade, a top North American negotiator for Mexico. Seade spoke to news outlets on Dec. 7, saying he was confident about the deal and adding, “We’re close.”

On Friday, Dec. 6, House Majority Leader Steny Hoyer, D-Md., the USMCA implementing bill could be on the House floor this week, and a large contingent of House Republicans has sent a letter to Speaker Nancy Pelosi, urging her to put the implementing bill on the House floor prior to 2019’s end.
In addition to working on the North American deal, separate U.S. negotiators have met with Chinese representatives in an effort to halt the trade war. National Economic Council Director Larry Kudlow said on Dec. 5 he was optimistic, but he said no deal has been struck yet.

That day China’s Customs Tariff Commission of the State Council said it was issuing new tariff exemptions for importers to buy U.S. soybeans and pork, and Kudlow acknowledged the move was welcomed. 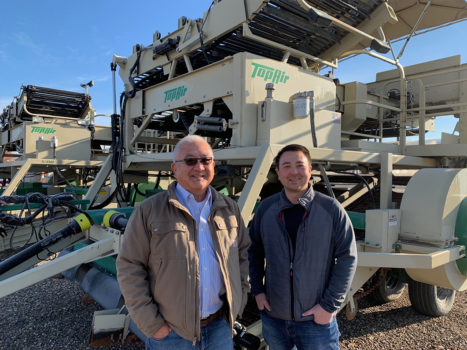