For two decades Vee’s Marketing Inc. in northwestern Wisconsin has been a reliable and steady provider of onions for domestic and Canadian retail and foodservice customers, sourcing from virtually all growing areas across North America.

Based in Lake Nebagamon, some 30 miles from Duluth, MN, Vee’s brokers yellow, red, white and sweet onions, holding to its longstanding policy of taking care “of our customers, shippers and transportation providers equally,” as stated on the company website, www.veesmarketing.com. 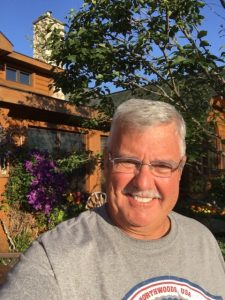 And, according to Jason Vee, son of company founder Scott Vee, the operation’s long-term goals are to maintain that premise while keeping pace with the changing industry. One way to keep pace is to embrace the momentum of contracts, which Jason said is one of his focuses.

In explaining Vee’s steady adaptation to industry demands, Jason began with its beginning. “Scott started Vee’s Marketing on his own in 1990 after leaving his produce director position at Food Services of America in Duluth, MN,” he said.

“I came on in 2006 after four years in the Marine Corps and four years of college at UW Madison. I have a degree in economics. My sister, Angie Sapik, joined the team in 2013 to handle our in-house accounting. And John Alstrup of Rice, MN, also joined Vee’s Marketing as a potato salesman in 2014.” 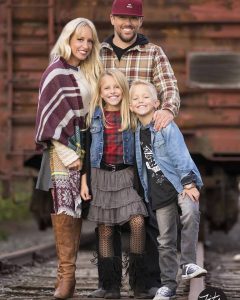 Last year Robert Anderson, who Jason said had been “a big part of Vee’s Marketing for many years,” retired, and today the team is made up of Scott, Jason, Angie and John.

That FSA position, Jason said, was “Scott’s last job on another company’s payroll.” In 1990 Vee’s Marketing was launched, initially working apples, onions, fruits, and vegetables. Jason said the company “was looking for an identity.”

He continued, “It was only after building relationships with onion shippers and onion customers that Scott started to narrow his focus on onions. At that time, moving only onions put Vee’s Marketing on the same playing field as much larger companies in that commodity. It was smart and very effective.”

Now nearly 30 years later, Scott can look back and describe some of the changes he’s seen. 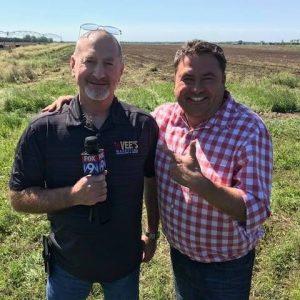 Jason said, “According to Scott, the districts as they are today are much different than they were 30 years ago. Idaho and Oregon supplied the U.S. with storage onions. There were Washington onions for export, but Washington didn’t compete for U.S. onion business the way they do now. Vee’s Marketing came up as Washington grew as a supplier of U.S. onions.”

Another paragraph in the onion evolutionary tale has to do with storability. Jason said, “The onion varieties didn’t have the legs that they do now either. Storage onions can last much longer than years ago. It causes districts to overlap more than in the past.”

Of course, technology has advanced lightyears since the early 1990s, when the fax machine was cutting edge. And changes in the past decade are also monumental.

“The way we communicate has changed immensely,” Jason said. “In 2006, Scott and I each had two phones on our desks. The phone never stopped ringing. We would occasionally miss calls when our four active lines were already on hold. There was hustle. It was fast and fun.”

It’s still fun but to a different tempo. “Now, I get over a hundred emails a day, and the phones are very quiet. And the fax machine might as well be a boat anchor,” he said. “It’s good and bad. There is nearly perfect accountability in emails and online ordering, which I like. In the telephone days, no one really knew who was making the mistakes. Did I write it wrong? Did he say it wrong to me? Who knows?”

But “on the downside, relationships between buyers and sellers seem diluted. There was more small talk. There were more jokes. We knew more about each other.”

And as time marches on, challenges morph. “One of the challenges I’m facing is the momentum of contract business,” Jason said. “We contract way more than we ever used to. That’s something that we should have been embracing much earlier. There was a time when we sold packer label onions against contract onions into the same corporate facilities, and our packer label volume always fared better. There is talent in open market produce buying and selling, and we are hard to beat in that field of play. However, we stuck with that model to a fault and missed some opportunities.”

But there’s another challenge Vee’s faces, and that, Jason said, is “the movement to cut out the middle-man. For all intents and purposes, I’m an onion broker. Technically, I’m a buying-broker because I own the product I’m brokering, but a broker none-the-less. My challenge lies in the narrative that the more entities that get cut from the supply chain, the more efficient that chain becomes. Wal-Mart pushed this model in the ‘90s, and I think it started to affect onions in around 2008.”

He said, “The problem with cutting links from the supply chain is that the supply chain in produce is often more complex than other non-perishable items. For example, if I fill out a vendor application to list a 40-pound carton of sweet onions in a grocery chain, there is a box asking if I’m a broker. Per a non-broker policy, that application goes directly into the circular file. It’s a barrier to entry that I really struggle with.”

And where “intuition says I’ve been cut out of the supply chain,” Jason said, “That’s isn’t correct. Instead of selling directly to that grocer, I will work with a Midwest grower/shipper that passes the vendor requirements. He/she buys onions from me. Grocery chain buys onions from them. I might even sell that sweet onion from one West Coast shipper to another, buy them back again in another package, and sell it again into the Midwest.”

So, he said, “Shipper one gets a sale. Shipper two gets the pack time. Shipper three gets a sale. There are three truck hauls involved. It’s movement in supply that isn’t in the textbook, but it happens every day.”

Moreover, “It is also movement in the supply chain that makes it more efficient. If shipper A is long on product and shipper B is short, moving product between those two shippers does two things: First, Shipper A doesn’t have to lower their price to move more volume, pushing the market down and upsetting all of their neighbors. And shipper B doesn’t have wasteful downtime or missed orders by being short on product. In onions, this happens frequently, especially regarding different size profiles.”

He said, “As soon as I figure out a way to explain my role in the supply chain succinctly, I’ll be much better off. I just haven’t figured it out yet. 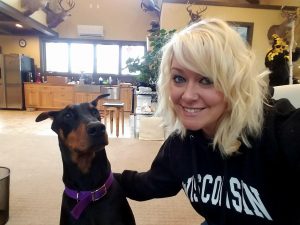 While some industry issues are percolating to the surface, others seem to be settling into a routine.

“Food safety, and traceability specifically, was relatively difficult when it was new. It’s no longer new. That difficulty has peaked. In fact, it gets easier every year as FSMA processes become standardized.”

And, Jason said, “Regarding production, 40-pound carton jumbo sweets are my number one retail item. I’m selling increasingly more 40-pound packs of every onion color. I even sell quite a few 12/3 sweets in cartons. I’m hesitant to make a prediction, but I see an upward trend in 40-pound packs for retail. I think sweet onions have a place in foodservice as well. Sweet onions are a selling point on menus, even though they are an ingredient and not a main dish. Watch for that.”

Looking to Vee’s future and expansion, Jason said, “I’m absolutely looking to open new offices. We are a Midwest company. Strategically, it would make sense to take on people that can help us expand further into South Dakota, Iowa, Nebraska and Kansas. We do a fair amount of Canadian business as well, [so] a Canadian office isn’t out of the realm of possibility.”

Jason said, “I’m not actively recruiting, but my door is open to anyone already in onions or potatoes that strategically makes sense.” 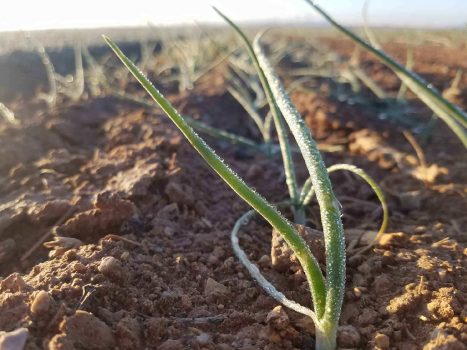 Market and Crop Update for December 21