With a formal proclamation from Georgia Secretary of Agriculture Gary Black on March 26, it’s official – the 2018 pack date for Vidalia Onions has been set for Friday, April 20, at 8 a.m. 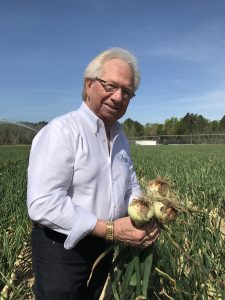 Our friends at the Vidalia Onion Committee are understandably excited, and Interim Director Bob Stafford told OnionBusiness, “We’re looking at a crop with very good quality.”

A release from the committee said, “Each year, the Vidalia Onion Advisory Panel, state agricultural scientists and the Department of Agriculture determine the pack date based on soil and weather conditions in South Georgia during the growing season.”

It continued with a quote from Secretary Black, “With great consideration after consultation with the Vidalia Advisory Panel, experts from the University of Georgia and crop assessments from the Georgia Federal State Inspection Service, I am pleased to announce April 20 as this year’s pack date for the official state vegetable of Georgia, the Vidalia onion. We celebrated the 25th anniversary of the Vidalia onion trademark last year, and we are looking forward to another bountiful crop as we kick off the next quarter century of delivering the highest quality Vidalia onions to consumers across the country.”

Vidalia onions are “grown and hand-cultivated exclusively in 20 southeastern Georgia counties by 80 registered growers and known for their sweet, distinctive flavor.” Bob said this year a few growers utilized plant tape technology in test plots for the first time, with data being compiled as the growing season ends and harvest season commences.

While progress is made on that front, additional strides are being made in promotions. With Porter Novelli agency, the Vidalia Onion Committee has a cross-promotion campaign in place for 2018-19 and will team with other commodities. “We’re capitalizing on the fact that the Vidalia Onion is the official George State Vegetable,” Bob said. Among the campaign’s elements are events with celebrity chefs.

The release noted that last year more than 11,000 acres of Vidalia onions with a value of more than $120 million were grown in Georgia, quoting Troy Bland, chairman of the Vidalia Onion Committee. Troy said the committee “will build on its successful marketing campaign launched last year through a wide range of outreach efforts to consumers and retailers alike.”

The release explained that the campaign “highlights the provenance of the Vidalia onion, hand-crafted by grower artisans for more than 80 years in Georgia, reminding consumers that only Vidalia onions have the sweet, mild flavor profile that cooks love.”

It added, “Vidalia onions represent about 40 percent of the sweet onion market in the country and are sold in every state.”

And, Bob Stafford said, new varieties extend the season on the front end, coming on earlier. Additionally, organics are also a part of the Vidalia scene.

Catch a few more great crop photos sent to us from Danny Ray with Ray Farms in Glennville, GA. 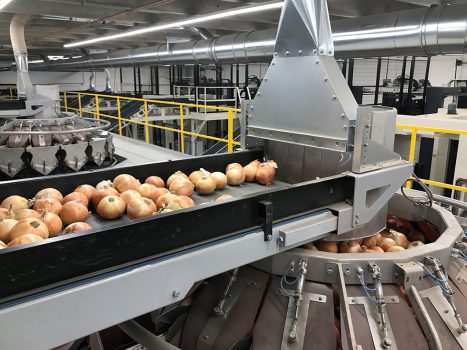