Our friends at the Vidalia Onion Committee have provided us with a comprehensive look at this year’s season, one that started with snow and freezing weather but which ended with solid sales and a positive announcement to the produce industry’s recent gathering in Orlando.

“After an unusual start to the Vidalia onion growing season, farmers bounced back,” the Vidalia Onion Committee announced at the annual Produce Marketing Association in Florida last week. 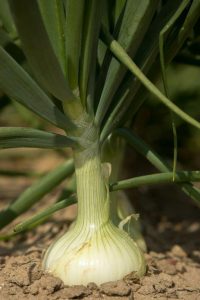 It went on to say, “`We’re pleased to have had another season of success and high-quality onions to make available to consumers, who have enjoyed the taste of Vidalia onions for more than 80 years,’” quoting VOC Manager Bob Stafford. Stafford continued, “Despite experiencing snow and freezing weather on our young plants at the start of the season, most of our growers recovered with only a slight stand loss and sold more than 5 million 40-pound units of onions this year.”

And the release said that moving into the 2019 growing season, “Stafford expects growers to see an increased demand for Vidalia onions’ unique flavor profile among consumers and more stable wholesale pricing as a result of ongoing research into improved growing methods and varieties.”

He was quoted as saying, “We’re always exploring new research projects to improve our growers’ operations. One of our current research initiatives is looking to use mechanical ‘plant tape’ to supplement hand planting.”

One distinction of Vidalia onions is that they have been planted, harvested and cured by hand for more than 80 years. The new research “could revolutionize the growing process, making it easier for farmers and their employees,” the release said, adding, “After promising results in several test acres this season, the VOC will continue to look into this process as another potential innovation to roll out to farmers in the future.” 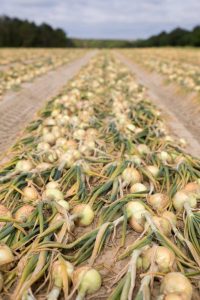 In addition, the committee continues to work with new varieties at the Vidalia Onion and Vegetable Research Center, “seeking to provide consumers with an even better tasting onion with increased shelf life.”

The VOC showcased its onion’s premium taste and shared additional insights and results from the season at PMA Fresh Summit in the Georgia Grown Pavilion. Attendees were given the opportunity to “experience the new look and feel of the committee, launched in 2017 to mark the 25th anniversary of the Vidalia trademark” as well.

“Last year,” the release said, “the VOC debuted the new brand mark and marketing campaign, ‘Only Vidalia,’ to reflect the artisanal approach to growing Vidalia onions that farmers have perfected over time and to remind people that Vidalia onions have the sweet, mild flavor profile that has made it an essential ingredient for a wide range of dishes.” 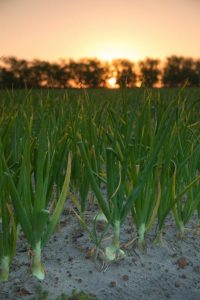 A bit of V history: “The state of Georgia passed the Vidalia Onion Act in 1986 but did not become the official owner of the Vidalia trademark until 1992. The annual crop, which experienced one of its best harvests in recent years this season, is produced by approximately 60 registered growers in 20 South Georgia counties and is available in the spring and summer,” the release said. “
Vidalia onions are Georgia’s official state vegetable, grown on 12,000 acres annually and represent about 40 percent of the sweet onion market. Sold in every state, the annual value of the crop is about $150 million.” 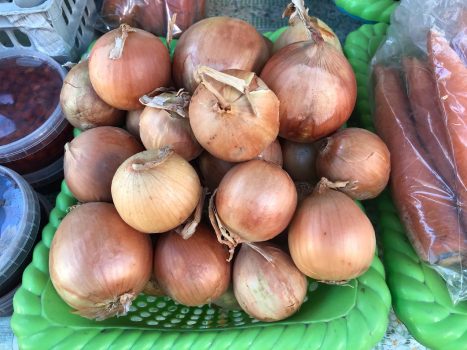