Water issues in California are reaching critical mass, and century-old water rights vs. environmental advocacy looks to be headed toward a legal showdown, with San Joaquin Valley central to the matter.

In an Aug. 9 opinion piece published in the Times of San Diego at

https://timesofsandiego.com/opinion/2021/08/08/big-battle-looms-over-california-water-rights-as-drought-worsens/, the author explained how the current drought situation has intensified competition for the state’s water supplies.

As the competition has heated up, state and federal officials “who must ration the restricted supply are beset with pleas from farmers, municipal water systems and advocates for the environment,” the piece said.

At the same time, though, water manages are caught in what was termed “a bewildering array of water rights, some of which date to the 19th century,” along with contractual obligations and laws that have also been in effect for a lengthy period – “both statutes and judicial decrees, on maintaining flows for spawning salmon and other wildlife.”

Recently the factors were addressed by the California Water Resources Control Board, which voted unanimously to “curtail nearly all agricultural water diversions from the Sacramento-San Joaquin Delta watershed, which stretches about 500 miles from near the Oregon border to near the Tehachapi Mountains.”

This decree, the piece said, will affect farmers who use “most of the water allocated for human use,” the impact will not be felt this year.

“The season for irrigating crops is nearly over and water managers delivered a fairly substantial share of agricultural water earlier in the year — too much in the eyes of environmental groups,” the opinion column continued.

It went on to say that if the drought and the Water Board’s no-diversion policy stretches into 2022, “they will almost certainly ignite a high-stakes political and legal conflict over whether the state can essentially usurp historic water rights and dictate how local farm water systems are to be operated.”

One water law attorney who represents the San Joaquin Tributaries Authority, Valerie Kincaid, was quoted as telling the Water Board, “We now have a draft regulation that exceeds water board authority,” thus suggesting a legal battle lies ahead.

Water regulations began in California in 1914, and holders of water rights that were in place prior to regulations, as well as “landowners adjacent to waterways, have long been presumed to have virtually unfettered rights to draw water without regulation,” the piece said.

Jerry Brown, California governor more than four decades ago, appointed a commission during his first term to review water rights, and Brown is quoted as saying, “the existing law included impediments to the fullest beneficial use of California’s water.”

Although that effort didn’t produce results, a drought during Brown’s second term saw his water board members act against a small water district near Tracy in the San Joaquin Valley for “ignoring a curtailment order.”

That action didn’t result in an “all-out legal battle,” but the district’s manager at the time said he thought “the water board wants to use this as a precedent so they can start to gain more control over senior water right users.” One result of the issue was that senior water rights holders prevailed in a legal ruling that California was “issuing its curtailment decrees without due process.”

This year certain environmental groups and ag “interests that lack water rights, such as the immense Westlands Water District, seem to be spoiling for a water rights battle,” the opinion column said.

Westlands endorsed the California Water Resources Control Board action and said that water delivered to senior rights holders amounted to “unlawful diversions” of water it deemed needed to maintain water quality. In so doing, it aligned with the Natural Resources Defense Council, which “complains that the federal Central Valley Project gave farmers with senior rights too much Lake Shasta water in the spring, leaving too little to support salmon spawning runs.”

The final note of the piece noted that as drought continues in California, the state should be “compelled to re-think its entire water system and the status of water rights will be a central and very volatile factor” 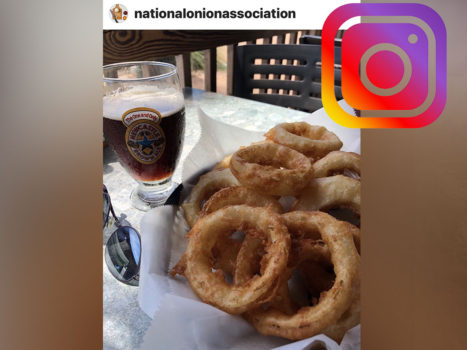