After more than three decades as Executive Vice President of the National Onion Association, always working for and with the organization’s growing membership, Wayne Mininger officially retires from that position as the calendar turns over to 2019. His successor, Greg Yielding, will assume the post – with Wayne staying on in an advisory position for a few months.

OnionBusiness.com was fortunate to catch Wayne during this very busy transition period, and he shared some of his favorite memories and notable achievements by the NOA with us, starting with a childhood recollection of farm life in the Central Valley of California. 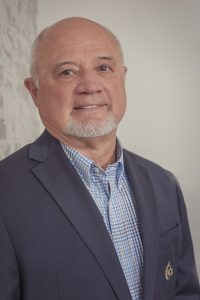 “I was born in Turlock in the San Joaquin Valley, and we lived in the Atwater-Winton area on the Highway 99 artery,” he said, adding that his family farmed a variety of fruit, vegetable, melon, and nut crops. “The first crop I have to remember is sweet potatoes and going with my dad to the Southern Pacific Railroad station in Atwater, where there were five or six brokerages on the siding.”

Wayne and his father would go early in the morning and get an order for sweet potatoes, returning to the farm where wooden bushel baskets full of sweet potatoes would be packed by his mother and a small crew in the farm’s dugout cellar.

“That’s one of my earliest farming memories, getting the orders at the railroad station and watching Mom pack them. Later in the day, Dad would load the truck, and the bushel baskets of sweet potatoes would be taken to the railroad for shipment overnight to the large city markets in California,” he said.

Farming remained an integral part of Wayne’s life, with only a brief respite from ag after he graduated from high school in Atwater. The family had moved to Northern Colorado to farm, and Wayne followed them to the Centennial State, working for a couple of years in Denver before partnering with his father on a Greeley-area farm at age 20. The farm, not surprisingly, raised onions in addition to rotation crops.

“We farmed together for 16 years,” he said, noting that onions were part of the manifest for about a dozen of the 16 years. “We were never packers or shippers, but moved our onions through others’ sheds,” he said. Wayne and his father were, however, members of the National Onion Association, and they attended meetings and became acquainted with members from across the nation. 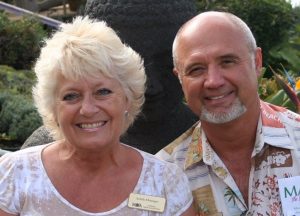 It was also in the Greeley area that Wayne and Ardith, his wife of 48 years, met, married and raised their three kids. The two are now grandparents of five and loving every moment of it.

In January 1986 Wayne was hired by the NOA to head up the admin staff. President of the association at that time was West Slope Colorado grower and shipper Moe Bond.

Armed with a solid understanding of storage onions and an unquenchable passion for not only getting the job done but also getting it done the right way, Wayne made a point of getting to know some of the folks who were part of the association’s early membership in the 1930s and ‘40s. “I knew Lucerne Dixon and Peter Van Singel,” he said. “These were among the people who had ties to the founders, and some of the knowledge they shared with me goes back to the early 1900s.”

As farming and packing/shipping evolved, so did markets and marketing. Wayne has seen an enormous transformation in the industry, with multiple seminal moments along the way.

One was the passage of the North American Free Trade Agreement in the early 1980s, soon after Wayne arrived at the NOA. “We were part of the initiative in D.C.,” he said. “Part of my inspiration was the elimination of onion futures trading more than 60 years ago. I knew if done carefully and energetically, grassroots efforts can change the course of government. NAFTA was cranking up when I started, and we were able to move the needle significantly towards the benefit of the onion industry at the time.”

He also spoke of the exponential growth in the onion industry.

“When I started, a good day of national business was 190-200 truck loads shipped and sold across the country,” he said. “At that time, approximately 1/10th of what the U.S grew was exported, and similarly, about 1/10th of what we consumed was imported. Consumption was approximately 12 pounds per capita annually.

Today? “Four hundred twenty-five to 450 loads make up a good day of business. We export about 1/12th of what we grow, and we import 1/6th of what we consume.” Consumption is now 21 pounds per capita, with the population increased by 100 million in the last 33 years.

“The onion industry has more than doubled in size compared to what it was when I began with NOA,” he said.

With growth came the seemingly inevitable increase in regulations, and Wayne said the onion industry played a large role in bringing Congress and the FDA to a greater understanding of the industry’s uniqueness.

“From where we started in the proposed FSMA rules to where we are presently, the needle has been moved significantly on behalf of the nation’s bulb onion industry,” he said.

Other impactful issues have included the Specialty Crop Research Initiative, which the NOA avidly advocated for early on and which has resulted in substantial matching government research grant monies through the Farm Bill. Also important to the big picture are ongoing international trade negotiations; efficient movement of outbound shipments through ocean ports; disease detection, interdiction and restriction on imports; easing perennial transportation challenges; keeping lines of communication wide open with the USDA, and maintaining productive relationships with key legislators. Every step has been taken as “a messenger,” as Wayne describes the NOA and absolutely an advocate.

In his remarks delivered at the recent NOA Winter Convention in Maui, Wayne said, “Individually, I’ll not presume anything too lofty nor personally claim a compliment if given… because NOA is a group thing. It’s a team thing! I’ve just been the person nearest to the phone, the person closest to the keyboard, the person boarding the plane… each of you, the members, that’s what it’s really been about.” He also praised the staff, noting that a strong team effort has worked to increase membership and increase onion consumption, put together and manage conventions, maintain a presence on social media and provide information to grateful members of the press for decades.

There’s another side of Wayne that’s played into the success of the NOA, and that is his love of adventure and travel. He was the organizer of some wildly interesting travels to onion-growing areas around the globe, providing a glimpse into other ways of production as well as into cultures far different from our own. In 2016 there was a trip to Peru and Panama; in 2012 a group traveled to South Africa; in 2006, 30-plus travelers went to Netherlands and Spain with pre-tour sightseeing in either Paris or London on the docket for quite a few; in 2002, a contingent toured Brazil, Argentina, and Chile; and the initial trip in 1995 was to Australia and New Zealand.

At the Maui convention, as he reflected on his tenure and told of his and Ardith’s plans for the future, Wayne spoke of more travel – starting with their relocation to the tall trees area in “the Westernmost Southern Loblolly Yellow Pine Forest in the United States.”

“It’s been quite a ride,” he said to the Maui gathering. “I wouldn’t trade my time with ‘onion folks’ for anything.” 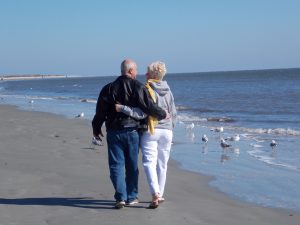 To OnionBusiness, Wayne was quick to say, “I’m just a rather ordinary guy. I was in a place and given the opportunity to be passionate about what I’ve been doing, and that’s what I’ve tried to live by.”

To his NOA fellows, he expressed, “The onion industry is your kingdom. I’ve just been your humble servant, your palace custodian for a time, so to speak.”

We know we speak for everyone, Wayne, when we say, “Well done, good and faithful servant.” Happy Retirement!