Wildfires in the Western United States are burning with such vengeance that smoke and haze is reaching at least halfway across the country, and several areas in the fires’ paths are being impacted by health dangers from smoke and ash.

A current fire map posted at https://fsapps.nwcg.gov shows dozens of major blazes, with the largest of nearly 1 million acres burning in Montana. Property loss is inestimable at this time; two firefighters have died in the effort to bring Montana’s 44 blazes under control.

South of Montana, Idaho is reporting approximately 20 wildfires, and Oregon is reporting 26 consuming hundreds of thousands of acres. Washington reports 13 fires and some 200,000 acres in flames, and in California, Los Angeles County has experienced the largest wildfire in recorded history, burning more than 7,000 acres.

Loss of property continues to mount, and the health risks associated with smoke have resulted in entire towns’ residents staying inside.

Record heat and dry conditions – and multiple incidents of human causes – have been listed as causes.

And, on the heels of Harvey’s devastation in Texas, Hurricane Irma is unpredictable, enormous and a threat to Florida and points beyond.

Texas remains in the grips of flooding from Hurricane Harvey, which hit Aug. 25 with destructive winds and more than 50 inches of rain over several days. Clean-up efforts are ongoing, although some areas are still underwater. The death toll had surpassed 50, and more casualties are expected. In addition, health concerns from toxic water, the danger of electrocution and even disease-carrying insects have been voiced.

In the meantime, reports on Irma were coming in on Wednesday, Sept. 6, telling of devastation in the hurricane’s wake across the leeward Caribbean islands of Barbuda and St. Martin. As of midday ET Wednesday, it was unclear where exactly Irma would make landfall in Florida or elsewhere in the continental United States, although it is expected the hurricane will be close to Florida by Sunday.

As residents and businesses prepared ahead of the storm, U.S and Caribbean ports were also bracing for the 185mph winds and rain. The U.S. Coast Guard had declared Port Condition ZULU for Puerto Rico and the U.S. Virgin Islands; Port Condition ZULU is defined as “A danger condition in which gale force winds are possible within 12 hours.” And during this time the port is closed and all port operations are suspended except for vessel movements and activities specifically authorized by the Coast Guard COTP.

On the mainland, Port Condition WHISKEY has been declared for ports in South Florida, and the ports have been instructed to “take due diligence to prepare for potential storm impacts,” with a list of measures to follow. With WHISKEY in effect, the ports and facilities can be open to all commercial traffic, and transfer operations can be carried out. Ocean-going commercial vessels and barges in excess of 500 gross tons are advised to leave the area.

Hurricane Irma had already made landfall in the Caribbean on Sept. 6 on its trajectory toward Florida. The National Oceanic and Atmospheric Administration, accessible at http://www.nhc.noaa.gov/graphics_at1.shtml?cone#contents, categorized the monster storm at that time as a major hurricane with sustained winds in excess of 185 mph.
Forecasts indicated Irma would not reach Florida until the weekend, but Florida and Puerto Rico had declared states of emergencies, deploying National Guard troops and preparing shelters. Mandatory evacuation orders had been issued for the Florida Keys, and the city of Miami was preparing for evacuations as well.

Additionally, forecasts were suggesting northern Florida, Georgia and the Carolinas could see impact early next week. Irma was said to resemble Hurricane Matthew, hit the Southeast coast less than a year ago.

Non-stop ramifications are emerging from the recent series of weather events, including the rising cost of gas and oil. In the past week, gas prices have climbed more than a quarter, and with Irma making a path toward the United States, costs are increasing yet again, hitting $2.79 a gallon in Cleveland, according to one account.

If the hurricane moves across Florida and into the Gulf of Mexico, additional damage will likely be done to offshore drilling and the refineries. If Irma moves up the East Coast, tanker shipments of gas and oil could be halted. 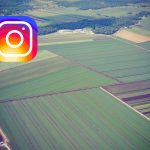