“Yields were excellent, and there were significant differences in all evaluated criteria, other than storage loss,” Seth said. “There was one red variety that was left out of statistical analyses in an effort to not skew results.”

In his Jan. 13 email, Seth wrote that the 2020 Western Colorado Onion Variety Trial was a success; the growing season was sufficient to produce high quality onions, and yields were excellent.

The report continued, “Analysis of Variance (ANOVA) was performed on all evaluation data to test for significant (p < .05) differences among varieties. A least significant difference (LSD) test was performed to allow for comparison of how averages differed. If, for a particular evaluation, the average is greater than the LSD, then we can be 95 percent confident that the variety performed better for that characteristic.

It went on to say, “For the Harvest Report (Table 1), there were significant differences in harvest yield, market yield, market yield w/o prepack, colossal, jumbo, medium, prepack, culls, and defects. Table 2 reports averages for emergence, pink root severity, fusarium, and maturity. There were statistically significant (p < .05) differences for all of those evaluations.

Seth also said, “Thank you to Brent Hines and Hines Farms for allowing this research to take place. Thank you to American Takii, Bejo and Seminis for their generous contributions.” The variety seeds from American Takii were Traverse, Grand Perfection and Ridge Line. From

Upcoming trade shows, some virtual and some in-person 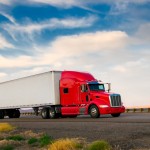 Focus on Logistics: Freight rates headed South for a bit