Why are there so few mediums and so many colossals?

In his blog “Onion Expert” post on Dec. 11, our friend Shay Myers at Owyhee Produce in Nyssa, OR, addressed the issue of fewer mediums v. increased colossals coming from the Treasure Valley this season.

The post can be accessed at
http://www.owyheeproduce.com/onionexpert/why-are-there-so-few-Mediums, and it starts off by saying, “For those of you on the buying desk, I imagine at least a few have you have wondered the reason behind the large amounts of Colossal and larger onions this year. There are, as you might expect, a few reasons for this.”

Shay goes on to describe how size can be, to some extent, determined by the farmer. 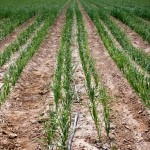 “I should explain what we do to create our desired size profile in the field. It’s pretty simple; we plant onions closer together or farther apart depending on the size of onions we want to grow,” he says, adding, “The closer together the onions, the smaller.”

And, he says, “The farther apart, the larger. You can think of it like a litter of puppies all fighting to get something to eat. If there are more dogs than there is food, you end up with overall smaller pups and a runt here and there. If the litter is small, you end up with a few really fat puppies.

“Onions are no different. They are competing for the nutrients from the soil, just like the puppies do for milk.”

The 2016 season, however, hasn’t exactly followed the script, and Shay writes, “This crop wasn’t planted farther apart though; it was Mother Nature who came in and created all that space. Wet, windy, and cold weather early in the onions’ lives killed about 10 percent more than what most of us planned for. These dead onions made more space. Normally more space would mean larger onions, but Mother Nature followed up the wet, windy, and cold weather with almost perfect growing conditions for the remainder of the season. So not only did our onions have more nutrients available to them in the soil, but they also had warm days and especially warm nights that kept them growing. The end result was yields that were 10-15 percent higher than normal with stand counts that were about that much lower than normal.”

And, he notes, “Mother Nature is Awesome!” 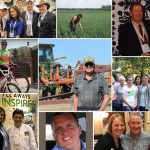