By this time everyone in the produce industry has taken note of the strong El Niño forecast for winter 2015-16 and the prediction it could have more effect in California than the 1997-98 event that caused flooding and mudslides in Bay Area and other parts of the state.

Even with the NWS prediction, however, the jury is out as to whether the system will end or even ease the current drought. Experts have said the state’s lakes and reservoirs are depleted, and it will take more than one winter to bring them back to normal capacity.

One point on which all meteorologists agree is that El Niño is unpredictable at best, and in the past the weather system has actually resulted in lower than normal precipitation.

In California, the effects of El Niño are sometimes more pronounced in the southern region rather than the northern, and the critical factor in drought relief will be snowfall in the Sierra – will it or won’t it materialize?

A May 23, 2015, post of the Wall Street Daily gave this perspective of California’s prospects: “… El Niño should bring much-needed rain to California. Unfortunately, it will not end California’s miseries. The drought is just too great.

The post added, “For the drought to end in California, the state would need to see strong El Niño events several years in a row.”

In the meantime, fingers crossed. 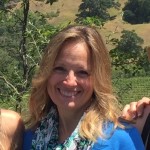