Leading up to the live auction has been an online bidding process that started on Sept. 10. Bidding information and a more complete list of equipment and packaging, etc. are accessible at http://www.jonesswenson.com/auction/355515/former-four-rivers-onion-packaging-plant/.

There is also opportunity for onsite inspection on Tuesday, Sept. 17, from 10 a.m. to 4 p.m., and according to Jones Swenson Auction’s President and Chief Auctioneer Scott Swenson, “Bidders should rely solely on their inspection of the equipment as everything is sold ‘As-Is, Where-Is’ with no refunds or returns.”

Jones Swenson Auctions is based in Austin, TX, and Scott is overseeing the Four Rivers Onion Packing liquidation procedure. A professional auctioneer since 1983 and member of the Board of Directors of the 5,000 member National Auctioneers Association, Scott has also served as President of the Texas Auctioneers Association, and for nearly 30 years, as an instructor at the Texas Auction Academy in Dallas.

He is licensed in his home state of Texas as well as other states, and he is also a licensed real estate broker in Texas and is an approved auctioneer for the U.S. Bankruptcy Court.

Scott told OnionBusiness that during the live auction, bidders will “be able to bid in person or online live during the auction,” and he added, “The starting prices are very low, with some items starting at $10. The auction will appraise the equipment.”

On the website are multiple photos of what’s being offered, and Scott said, “We will be auctioning the equipment in about 80 separate lots.” 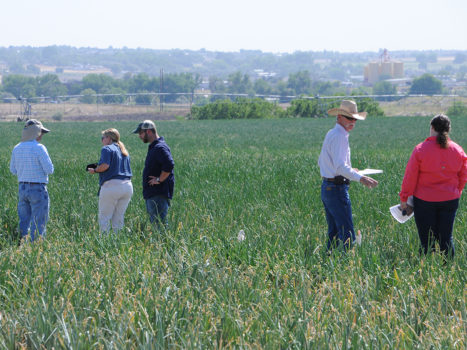