The June 13-15 convention was held at the Icicle Village Resort, where speaker Diana Carlen and Mark Streuli of the consulting groups Gordon, Thomas, Honeywell and Streuli Affairs provided a look at what was taking place in the legislature.

Brenden Kent with Sunset Produce in Prosser said on June 22 the convention had gone well and nearly 100 members were at the meetings.

“Main topics discussed were progression of the crop along with some of the challenging new laws passed in the Washington State Legislature earlier this year,” Brenden said. “The good news is we are working together on solutions that will benefit the entire ag industry for Washington State.”

The resort event also included the annual WPOA Golf Tourney as well as a Washington Potato PAC auction that raised funds for the non-partisan political action committee that is “dedicated to helping agriculture friendly candidates get elected to state office.” The WPOA itself is a non-profit corporation “formed to promote the general welfare of the packers and shippers of potatoes and onions and allied industries in the state of Washington.” It is involved in “several areas on behalf of its members, including labor issues and international trade issues.” The organization “serves as a vehicle for fresh potato and onion shippers needs of the industry” and acts as a resource for Washington State potato and onion packing sheds of potatoes by “providing tools, resources, workshops, political action, and networking events to help them be more successful in agriculture. 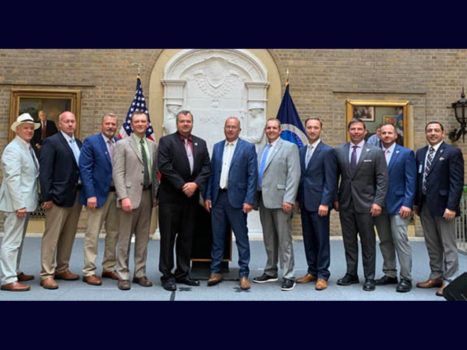