A Day in the Life: Stuart Reitz shares insights from the Malheur County Extension Service 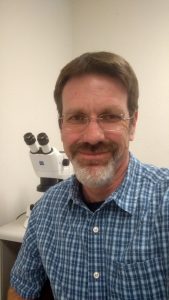 Recently we caught up with Stuart Reitz in the Department of Crop and Soil Science at the Malheur County Extension Office of Oregon State University in Ontario, OR. Stuart, who is county leader for the Extension Office, is integral to the onion industry – as well as other crops and products – of the Treasure Valley, and he’s a tremendous help to us as we report on crop issues and legislative matters.

Though always on the go, Stuart took time to explain to us and to our readers the role of an extension agent and the service itself. How does one get into this line of work, we asked? And how did Stuart himself end up with OSU’s Extension Office, particularly since he’s not from Oregon? Or the Northwest. Or even west of the Mississippi…

He said, “I’m from about as far down in the South as you can get. I was born in New Orleans, and my family moved around the Gulf Coast, eventually settling in Mobile, AL, home of the original Mardi Gras and baseball greats Satchel Paige and Hank Aaron.”

The sports connection wasn’t lost on Stuart, who said, “I wasn’t a baseball great but ran track and cross-country at the University of South Alabama, where I got a B.Sc. degree in biology. Then I went to graduate school at Clemson University, where I got my M.Sc. degree in zoology studying migration behavior in birds and my Ph.D. in entomology studying biological control.” 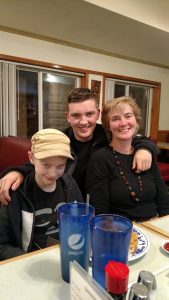 The South Carolina university holds another distinction for him, he said. “My wife Katzy and I met in grad school at Clemson – even though she is a native of Colorado. We have two sons, Isaac who is 16 and a junior in high school, and Colin who is 11 and in fifth grade.”

Entomology eventually led the Reitzes to OSU, he said, and Malheur County.

“I started with Malheur County Extension in the fall of 2012. Before that, I spent 13 years as an entomologist with the USDA in Tallahassee, FL. Most of my research with the USDA was on the ecology and management of thrips and the viruses they transmit in crops such as tomatoes, peppers, peanuts, melons and onions. Through that work with onions, I had the opportunity to get to know Lynn Jensen and Clint Shock and to learn some about the Treasure Valley from them. So, after Lynn sadly passed away and this position opened, I thought it would be a good opportunity for a bit of a career change.”

While Stuart and Clint work together on many projects, their roles are different from each other. Stuart explained, “My appointment covers extension, research and administration. A large part of what we do in extension is to connect people with the information they need… no matter what their question is, and some days some pretty interesting questions come in. [Stuart inserted a smiley emoji here.] As Forrest Gump said, ‘Life (in the extension office) is like a box of chocolates. You never know what you’re gonna get.’”

Stuart continued, “It can be homeowners having problems with their lawn or garden, or growers having problems in their fields, or questions about pesticide use. Another component to that is providing up-to-date, science-based information through workshops, classes and publications.” There’s also another aspect, and that is “helping to secure registrations for pesticides that growers need so they can produce a safe, high-quality crop. Securing those registrations involves determining the efficacy of products and their crop safety through research trials and working with the companies and regulatory agencies.” The agencies include Oregon Department of Agriculture, Idaho State Department of Agriculture and the EPA.

In terms of research, he said, he is responsible for conducting applied research to improve crop production practices. “I conduct a number of different insecticide and fungicide trials to which products may be most effective and to determine timing, when it may be best to use different products during the season and to minimize the development of resistance to pesticides in the pest populations,” Stuart said. “I also have been working with Clint Shock and others, including Joy Waite-Cusic of OSU and Brenda Schroeder of UI, on resolving questions related to the Food Safety Modernization Act and the risks of onion bulbs being contaminated from irrigation water.”

And on the administrative side, Stuart is the county leader for the Extension Office.

“That means I’m the primary liaison between extension and the community and local government,” he explained. “Our office is fortunate in receiving good support for our operations from the community, including through a tax service district that Malheur County passed in 2012. So, I try to make sure our office knows what the local needs from extension are and that we are working to meet those needs. I also oversee the office budget to make sure we’re making good use of funds from the county.”

In explaining his role, Stuart also explained Clint Shock’s. “Clint and I have similar goals and roles – trying to help growers solve problems and improve their farming practices,” he said. “On paper, Clint has had a research appointment, but as everyone in the Treasure Valley knows, Clint does much more than just research. He’s been heavily involved in outreach, in helping growers implement new practices, and just in helping to improve the community overall. The valley has been incredibly fortunate to have Clint.”

The close-knit team works together during the planting, growing and harvest season, and Stuart said his approach is dual.

“I look at it as having two basic, interrelated roles during the season,” he said. “One is to keep an eye on the condition of the crop and let growers and their crop advisors know what is happening around the valley and what/when problems might be showing up. For example, the past couple of seasons, I’ve been conducting a monitoring program for thrips and Iris yellow spot virus. It involves sampling fields in different growing areas weekly through the season and sending out an email report. This hopefully lets people know what pest pressures are like in their area and better plan their thrips management program.” He noted parenthetically, “If anyone would like to be on the email list, they just have to let me know.”

The second role, Stuart said, is “to help growers and crop advisors identify and solve particular problems they are experiencing. So, people can call and I’ll visit the field with them to see what is happening, and then try to recommend a solution or ways to avoid the problem from occurring in the future.”

That covers several months, but during the off-season Stuart is also very busy.

November through February is also the busy meeting season, Stuart said. “During this time, I try to attend the NOA conference, the National Allium Research Conference and the W-2008 meeting, which is a national research group whose members are working on management of thrips/Iris yellow spot virus and other diseases affecting onions. I also work on organizing regional and local meetings, including the onion session at the Pacific Northwest Vegetable Association, along with Tim Waters, Carrie Wohleb and Lindsey du Toit from Washington State University, and of course, the Idaho-Malheur County Onion Growers meeting in February.”

And, “I also conduct several pesticide training classes during the winter so our growers and commercial applicators can stay up to date on information and earn their necessary continuing education.”

Though his schedule is full, Stuart Reitz manages not only his time but also his commitment well.

“If there’s one core mission for me, it’s to help growers deal with whatever problems and issues they may encounter,” he said. “Those needs can be met by anything from conducting research to working with government agencies so they are aware of what is happening in the Treasure Valley.” 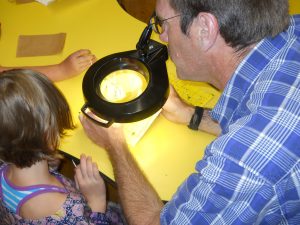 He’s also seen his role and position change over the years. “I no longer really have a specialty,” Stuart explained. “I just work in extension. For example, I came to Malheur County as an entomologist, so I assumed I would spend a lot of my time working on how to manage insect pests. However, just a couple of months after arriving, the FDA announced the first version of the FSMA rules, with their highly restrictive standards for irrigation. Those rules quickly emerged the most important issue for the onion industry, and they needed assistance as quickly as possible. So, it was a natural for me as well as Clint to try to become a food safety expert.”

With good humor he added, “I probably still have a ways to go but hey, we’re making progress. It was a problem the industry needed assistance with, and there wasn’t any readily available expertise.”

It’s the total immersion in his job that seems to bring the most career satisfaction to Stuart Reitz, working with people and learning as he goes. “That’s one of the challenging yet rewarding parts of this job,” he said. “[And that is] just the opportunity to help people solve their problems. I often may not know the answer, but I’m happy to try to find out the answer or find someone who does know it.”

Thanks, Stuart. You are much appreciated. 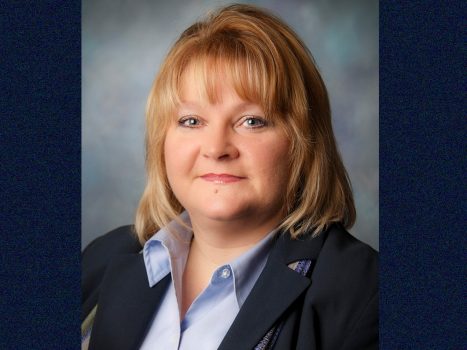