Established 41 years ago by a vote of onion growers as a PA232 Program in the Michigan Agricultural Commodities Marketing Act, the Michigan Onion Promotion and Development Program was formed to “improve the economic position of Michigan onion growers by creating greater marketing opportunities for their product.” To that end, the program set forth the Michigan Onion Committee to oversee those efforts, which not only include research and advertising/promotions campaigns but also the assembly and dissemination marketing information to expand markets for state’s onion production.

Michigan is known primarily for its yellow and red storage onions, with an average of 2,500 acres in production each year, Val said. She noted that 2017 saw a slight increase in acreage, which is located for the most part in the south-central and southern counties of Allegan, Barry, Eaton, Ionia, Kent, Newaygo, Ottawa and Van Buren. Vail-Shirey said the onions are sold largely in the Michigan market and “a general distribution to surrounding states.”

The majority of Michigan onions are shipped by truck, Val said, so the state shares transportation issues with its industry counterparts across the nation. The universal issue of labor is also affecting that Great Lake state, and Val said, “There is a shortage of farm labor in Michigan, specifically with the specialty crops.” And Val said that while the industry has seen a reduction in recent years, “losing a couple of farmers, packers and shippers, we have an increase in acreage and volume in the 2017 crop season.”

The MOC, like most commodity groups in the United States, holds steady and is working to establish promotion programs. Val said, “The MOC does not have any promotional campaigns planned at this time, but we do plan to submit a specialty crop block grant for funding to assist with a promotional campaign and materials.”

That is part and parcel of Val’s background. Since coming on as executive director of the Michigan Onion Committee in July 2016, she has made good use of her extensive association management/government relations/public policy knowledge – and she also brought solid ag experience as well.

“I have co-owned Julian Vail LLC for 13 years,” she said. “Julian Vail performs a variety of services, but our main focus is association management, government relations and public policy for our clients. Prior to starting Julian Vail, I worked in the Michigan House and Senate for 11 years.” 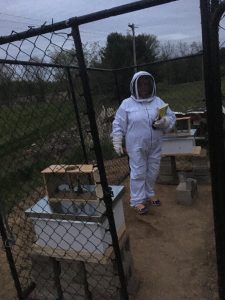 Val planting a pollinator field of flowers for two of her beehives. “Of course with my goal of healthy bees and pollination I get the added benefit of honey.”

And as for ag, she said, “I am a born and raised farm girl and still farm today. I have cattle and sheep on my farm, and my new endeavor is bee hives. I started this past April with two hives and will expand to four this coming spring.”

A Day in the Life: Stuart Reitz shares insights from the Malheur County Extension Service 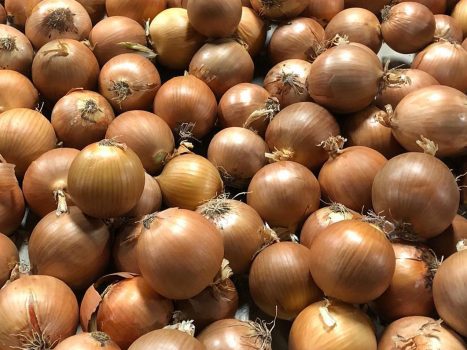 Market and Crop Update for January 11