Just days after the Trump administration’s Interagency Task Force on Agriculture had its first formal meeting in mid-June, U.S. Secretary of Ag Sonny Perdue met on June 20 in Savannah, GA, with Canadian and Mexican counterparts in a meeting focused on agricultural trade and markets.

Both events indicate a commitment to ag by the new administration.

With renegotiations for NAFTA will slated for later in the year, Secretary Perdue hosted his two North American counterparts in a tour of the Georgia Ports Authority and informal discussions this week. Meeting with Secretary Perdue were Canadian Agriculture Minister Lawrence MacAulay and the Mexico’s Secretary of Agriculture José Calzada. The trio also toured a Southern farming operation during the day.

In a joint statement, the three expressed a commitment to open markets. The statement said, in part, “Our three nations are connected not only geographically, but through our deeply integrated agricultural markets. Our trading relationship is vital to the economies – and the people – of our respective countries. We are working together to support and create good jobs in all three countries. We share a commitment to keeping our markets open and transparent so that trade can continue to grow. That mutual commitment was reaffirmed in our discussions this week.”

The statement went on to say, “While even the best trading partnerships face challenges from time to time, our agricultural differences are relatively few in the context of the $85 billion in agricultural trade that flows between our three nations each year…” and, “Our three countries remain committed to continued collaboration to ensure a safe and reliable regional supply chain that makes the North American agriculture sector more competitive.”

Earlier in the month the Interagency Task Force on Agriculture, which was put into motion after an April executive order issued by President Trump, convened. Secretary Perdue put together the group “to ensure the informed exercise of regulatory authority that impacts agriculture and rural communities,” according to the exec order’s directive.

Among other actions, the newly established task force will be looking at rules and regulations enacted in past administrations that could be detrimental for farming ag industries.

Representatives on the task force come from 22 federal agencies, and at the first formal meeting in Washington, D.C., the attendees included Ben Carson, Secretary of Housing and Urban Development; Mick Mulvaney, Director of the White House office of Management and Budget; Rick Perry, Secretary of Energy; Ajit Pai, Chairman of the Federal Communications Commission; and Robert Lighthizer, U.S. Trade Representative, along with other federal officials.

At the link https://www.usda.gov/media/blog/2017/06/14/establishment-interagency-task-force-agriculture-and-rural-prosperity, the USDA lists several points the task force will address, including regulatory relief.

The site asks, “Can regulations be refined, eliminated, consolidated, revised? Does the regulation make sense? Is it outdated, unnecessary or ineffective? Is the regulation worth it? Does it impose costs that exceed benefits? Is there a better way? Will the regulation create a serious inconsistency or otherwise interfere with regulatory reform initiatives, policies and priorities? Is it duplicative within USDA or the federal family? Should the federal government be doing it rather than state/local or private sector?”

And, importantly, “Does the regulation affect jobs? Does it eliminate jobs or inhibit job creation.”

The site is interactive, with a feedback form provided. 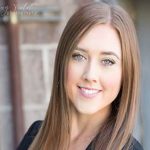