River Point Farms’ Mackenzie Mills has been named one of the 15 class members of United Fresh’s Produce Industry Leadership Program.

Mackenzie, who is in sales and account management at the Hermiston, OR, facility, began her career with River Point as an intern four years ago. Her rise in the onion industry has included hands-on experience at the farm level with responsibilities that included managing the harvest weigh scales, tracking harvest and assisting with truck management to and from the fields.

The experience and diligence has brought her, according to River Point President Bob Hale, to this exceptional opportunity through United Fresh.

“River Point Farms is very excited for Mackenzie,” Hale said. “From many applicants the 15 people accepted into the program represent the top talent from the top companies in the produce industry. This is a huge honor for her and an indication of her high talent level.”

Bob continued, “This will be a great learning experience and opportunity, while she travels and sees different produce operations across North and Central America.”

In her role at River Point, Mackenzie takes part in negotiating sales, drafting and finalizing contracts, quotes and bids for new business as well as managing national foodservice accounts, arranging transportation and coordinating and scheduling orders with the company’s fresh-cut processing plant and the dry onion packaging plant. She also works assists in organizing and managing the River Point Farms booth for the tradeshows, and works on RPF marketing/ social media.

That particular skill set is a fit for Leadership Class 23, which launches in July

According to a release from United Fresh, “… the members of Leadership Class 23 will participate in a number of educational
events and outings centered on the four core focus areas of the program: leadership development, business relationships, government and public affairs, and media and public communications.”

It went on to say, “During the year-long fellowship, participants will take part in a series of customized trips which include face-to-face meetings with leading industry players, hands-on training with top industry experts and educators, interactive experiences with influential leaders in Washington, and more. This year’s schedule will feature trips to California, Washington, D.C., Wilmington, DE, Costa Rica and Chicago, where the class will graduate at the 2018 United Fresh Convention.”

Amanda Griffin, senior director of meetings and member programs for United Fresh, said in the release, “We are thrilled to welcome the newest class of the Produce Industry Leadership Program. We congratulate Class 23 for their commitment to becoming future fresh produce leaders.”

DuPont Crop Protection has been the sole sponsor of the Produce Industry Leadership Program since its inception 23 years ago,” according to Victoria Backer, United Fresh executive vice president.

Mackenzie and other candidates selected for the program submitted an application including essays on what they consider the most important challenges affecting the produce industry, and had two personal interviews with members of the Leadership Advisory Committee comprised of United Fresh Board members and program alumni. The committee is responsible for assessing each candidate based on their experience and expertise, as well as developing a class that is balanced and representative of the industry.

For additional information on the program, visit http://www.unitedfresh.org/content/uploads/2014/07/NR_Class-23-Announcement-FINAL.pdf. 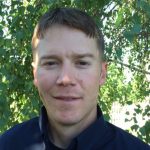