And now for a bit of good news…

Seems like there are far too many days anymore that if it weren’t for bad news, there’d be no news at all. Well, if you’re tempted to run away and join the circus, here’s something to think about before you go.

Folks dealing with food (we of course are referring to onions) are some of the nicest people on the planet.

We set out to find a really good news story this week, and what we discovered as we researched is that while many of our onion friends are heavily involved in charitable giving and work with non-profits, they not necessarily quick to run to the press with it.

Instead, they are doing their fine work under the radar – not because it’s going to bring them any kudos or increase their standing via public relations, but because it’s the right thing to do. That and because they really care about their communities.

Yes, we did have to do some serious hunting to come to this conclusion, but we found a foodservice distributor that stands out.

Chef’s Warehouse is a national specialty foodservice distributor (and yes, the company sells onions!) headquartered in Ridgefield, CT., and it contributes to six national non-profits. Among its beneficiaries are the Susan G. Komen Foundations and St. Jude’s Children’s Hospital. And Chef’s Warehouse also supports more than 40 other non-profits across the country in the states where it operates.

We’re humbled by this quiet giving, and we salute Chef’s Warehouse for its spirit of unity and caring. Organizations supported in different states range from Meals on Wheels to the NY Firefighters Museum to the Oregon food bank. For more information and an opportunity to donate, go to https://www.chefswarehouse.com/contents/charitable-giving.

Discovery DCODE publication has an online story about giving at https://www.discoverydcode.com/dcode/articles/give-charity-no-matter-earn/, and we offer this takeaway from what we read: “There is a common misconception that being charitable requires being rich. On the contrary, you do not need to be a billionaire like Bill Gates or Warren Buffett to have the power to make a difference.

“A little can go a long way for charities operating in the developing world. No matter how much you give you can make a positive influence. And the benefits go both ways. The act of giving is proven to make us feel happier and less stressed.
A 2008 study of more than 600 Americans examined how much they earned, their expenses and their charitable contributions.
The data showed that people who spent more of their money on other people — ‘prosocial spending’ — reported higher levels of happiness.”
Sure, you can still run away and join the circus if you want to, but maybe a better path would be one of maintaining decency and doing unto others. Like food folks are supposed to do. Just a thought. 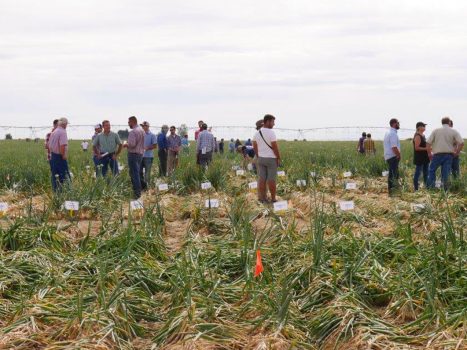