Dell Winegar, who heads up the Idaho group, and Paul Skeen from the Malheur County organization were honored during the luncheon portion of the Idaho-Malheur County Onion Growers Association’s 60th Annual Meeting. Held at the Four Rivers Cultural Center in Ontario, OR, the event also hosted a well-attended trade show and several informative sessions.

A highlight of the yearly event, the Hall of Fame induction included bios of both men, both of whom exemplify the dedication and tenacity of Treasure Valley onion growers.

Dell Winegar is an Ontario native, born in 1955 to Charles Ray and Norma Riley Winegar. The couple had moved to the Cairo Junction, OR, region from Utah in the 1940s to farm with Charley’s brother Earl, their uncle and another grower. During the 1950s they started farming on their own in Fruitland, ID, and Dell said he remembers always being involved with onions. In fact, his paternal great-grandfather developed a strain of open-pollinated onion seed that continued for many years.

Dell and his three sisters, Charlene, Debbie and Donna, grew up in the farm setting, with Dell learning to mow the grass at age four and how to set siphon tubes at age five. He spent many hours “working with his dad, mom, and sisters, weeding and irrigating,” his bio said. It also said his older sisters “liked to experiment with Dell.” They once gave him a dishtowel to wear and had him jump off the roof to see if he could fly like Superman. He did jump, and he couldn’t fly.

Active in Future Farmers of America when he was in school, Dell received both the State and American Farmer degrees. He also won the American Institute of Cooperatives contest in FFA and went to Tulane University in New Orleans for a couple of weeks.

During all four years of high school he played on the football and basketball teams, and he said he “could always hear his mom above everyone else, cheering or booing from the stands.” Dell graduated in 1974 from Fruitland High School and went into farming full-time with his parents. Dell and his dad incorporated Winegar Farms, Inc. in 1979 and farmed together for almost 40 years, until his dad passed away in 2011. Dell’s nephew, Kevin, came on board full-time and has spent many years working with him on the farm also.

In addition, Dell has often expressed gratitude “for the example his mother set for him, and her support through the years.” She passed away in 2017.

Today Dell lives in Fruitland with his wife Kris. The couple has been married for 24 years, and their blended family consists of 11 children: Amy, Scott, Amanda, Justin, Anna, and Robert, Russell, Mary, David, Michelle, and Jenny, along with their families. All the children worked on the farm as they were growing up. Dell and Kris are grandparents of 26, with one more on the way. And in May their first great-grandchild is due to be born.

The lifelong farmer’s past service includes serving as Fruitland PTO president, Fruitland Middle School advisory committee member, Fruitland School Board member, and alfalfa/clover seed growers association board member. In addition to his current position as president of the Idaho Onion Growers Association, Dell is a member of the Idaho-Eastern Oregon Onion Committee, onion research committee, the promotion and executive committee and the Payette County Planning and Zoning Commission. He has been active in serving in his church for many years, also.

In his spare time, Dell enjoys being with his family, hunting, growing orchids in his greenhouse, traveling, woodworking and reading a good book in front of his fireplace – and he said he “feels very honored to be receiving this award.”

Paul, also an Ontario native, shares his Jan. 9 birthday with his twin sister, Pam. In addition to the twins, their parents, Frank and Mabel Skeen, had five older children.

Paul grew up in Nyssa, OR, and graduated from Nyssa High School.  He attended Treasure Valley Community College before starting his farming career in 1973. A fifth-generation farmer and second-generation onion grower, Paul said he and his father have been growing onions for a combined 57 years.

Growing up on a farm, Paul hoed onions “with a little weeder” and a knife in his back pocket.  “Back in those days there were no grass herbicides,” his bio stated, and he and his siblings “were required to work in the onion and sugar beet fields and help with harvest.” He remembers “looking out the windows of the high school watching the trucks go by during harvest,” and Paul said he could tell “whose trucks they were, how many wheels they had and how many trucks each farmer-owned.” He would write that information down instead of doing his homework, his bio said.

It also said, “Paul always knew he wanted to be a farmer, and that was much more interesting to him than school.

When Paul’s father got sick as a young man and had to retire farming, renting the farm out to a neighbor, Paul started working for Tom Nishitani, a neighbor who had leukemia and needed help with his farm.  Rather than take pay, Paul instead used Tom’s equipment to work a rented farm. “He hoed his own onions and sugar beets to save money and was able to get started farming,” his bio said.

In 1977 Paul married his wife Merlyn, and they have four children, all of whom helped on the farm starting when they were young. Their work along with the farm manager, Brian Taylor, and “other valued employees has helped build the farm to where it is today,” the bio said. In addition, Paul and Merlyn “are enjoying being the grandparents of 12 grandchildren ranging in ages from 16 years down to 17 weeks old.”

Active in the community, Paul has served on the Nyssa High School Budget Board and Malheur County Appraisal Board. He’s also served as Secretary of the Northwest Mint Association, and he sat on the Malheur County Onion Research Committee. Paul has been a Boy Scout leader and has served in various leadership positions in his church. And he was a Board Member of the Boise State Athletic Association for 10 years.

Now Paul is serving as an advisor to the Malheur County Experiment Station. He also is on the Idaho-Eastern Oregon Onion Promotion Board and has been a board member of the Malheur County Onion Growers Association for 34 years.  At that organization, Paul sat as vice president for 11 years. He is now in his tenth year as president. 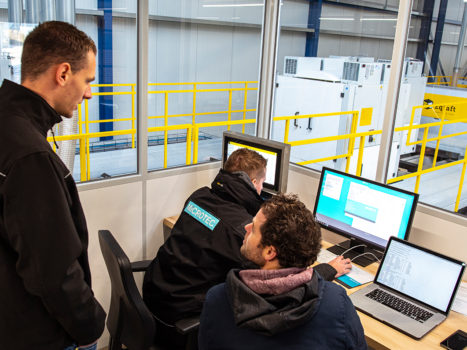