Last week https://www.acwa.com/news/progress-in-congress-toward-additional-funding-support-for-california-water-storage/ reported that the U.S. Senate and House passed a funding bill addressing “water storage, drought preparedness and water infrastructure needs for the Bureau of Reclamation and Army Corps of Engineers” in the 2019 Energy and Water Bill.

Also included in the bill is a “minibus” package of spending bills that also contains funding for Veterans Affairs and the Legislative Branch, and the three appropriations were readied for President Donald Trump’s signature.

A big winner in the Energy and Water bill is California.

A story on the Breitbart website at https://www.breitbart.com/big-government/2018/09/14/trump-credited-with-funding-californias-first-new-water-storage-in-40-years/ noted, California Republican Rep. Jeff Denham and Democrat Rep. Jim Costa “have been pushing for additional water storage for the state for years in constantly-at-risk-of-drought California. Since 1979, California’s population has grown 70 percent.” The story went on to say, “Denham’s proposal allows local irrigation districts to apply for low-interest federal loans from the Environmental Protection Agency to build new reservoirs, below ground storage projects, recycling and desalination projects. Those are desperately needed in parts of California to capture rains and runoff from the mountains so water can be stored and used in drier seasons and in years of drought.”

Www.acwa.com reported that the measure provides an additional $196 million for California and Western drought programs under the Water Infrastructure Improvements for the Nation Act (WIIN) Act, and that amount includes including $134 million for water storage, $20 million for water recycling, $12 million for desalination and $30 million for environment and science projects.

There is also $540 million for Army Corps of Engineers and Bureau of Reclamation water infrastructure programs specifically in California, as well as $34 million for WaterSMART grants and almost $59 million for the Title XVI Water Reclamation and Reuse program, increased funding for desalination research and development and $35 million for the San Joaquin River.

The House also moved last Thursday to pass unanimously a bipartisan, bicameral water infrastructure bill, America’s Water Infrastructure Act. AWIA was developed by members of the House and Senate to fund water infrastructure projects at the Army Corps and Environmental Protection Agency, and awca.com noted the Senate is expected to vote on it by month’s end.

That measure includes storage provisions authored by U.S. Reps. Denham and Costa, with Rep. Denham quoted as saying, “We need more water storage in the Valley and my bill will deliver more storage.” The provision in the WRDA bill authorizes the EPA to finance Bureau projects under the Water Infrastructure and Innovation Act program and sets a one-year deadline for execution. 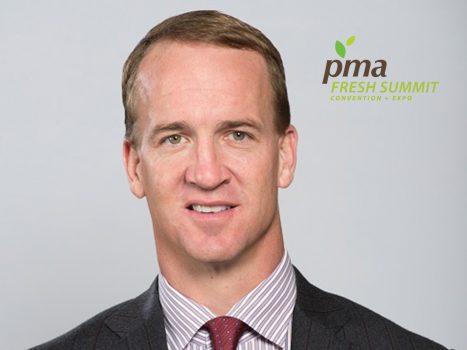