“You certainly know when you have an opportunity, and you want to take advantage of it. And it’s certainly disappointing when you don’t.” Peyton Manning, as quoted at https://www.brainyquote.com/quotes/peyton_manning_769510

In addition to showcasing some of the biggest names in the domestic and import onion industry, PMA Fresh Summit in Orlando is also showcasing one biggest and most respected names in the known universe – two-time Super Bowl-winning quarterback Peyton Manning.

The Oct. 18-20 extravaganza has a few new twists this year, with Manning headlining the speaker series entitled Big Voices on Big Topics. According to the PMA Fresh Summit advance info at https://www.pma.com/events/freshsummit#, Peyton will “share his experience inspiring and leading through adversity and links to our industry will be made.”

Also speaking is PMA CEO Cathy Burns, who “will bring inspiration to our future in the State of the Industry,” and Greg Williams, Editor in Chief, Wired Magazine who will “moderate a discussion with disruptive innovators. New trends and opportunities will be addressed in entertaining, engaging, and accessible insights, challenging the attendees to rethink their business to capitalize on the change and come out stronger as a result.

The show, always lively and informative with tens of thousands in attendance and booth creativity off the charts, will feature several “Forums for the Future” and other educational sessions. Of course, there are receptions and networking opportunities abounding; so visit www.pma.com for additional info and registration instructions. You can also access a full list of onion industry exhibitors at http://s15.a2zinc.net/clients/PMA_freshsummit/18/Public/eventmap.aspx?ID=367&shMode=E&shWelcome=1&sortMenu=103000
and make arrangements to visit the heavy hitters A-Z, including grower/shippers, distributors, commodity groups, departments of agriculture, processors, equipment and service companies and more.

And then there’s Peyton, who not only took his NFL teams, the Baltimore Colts and the Denver Broncos, all the way to the Super Bowl but who also was named the NFL MVP five times.

Sure, we’re enamored with him. He’s that great. New Orleans-born and U. of Tennessee-educated, Peyton killed it during his college career setting 42 conference, school and NCAA records. Over his four years at Tennessee, he passed for 11,201 yards, including 863 completions and 89 touchdowns.

He hit the NFL in 1998 with the Colts and led that franchise to its first World Championship in 36 years during the 2006 season. He left the Colts in 2011 and joined the Broncos in 2012. During the 2015/2016 season, Peyton led the Denver Broncos to victory in Super Bowl 50 – the first starting quarterback in the NFL to win the Super Bowl with two different teams.

Hat’s off to PMA for the well-planned show this year. As Peyton said, “Pressure is something you feel when you don’t know what the hell you’re doing.” https://www.brainyquote.com/quotes/peyton_manning_197528 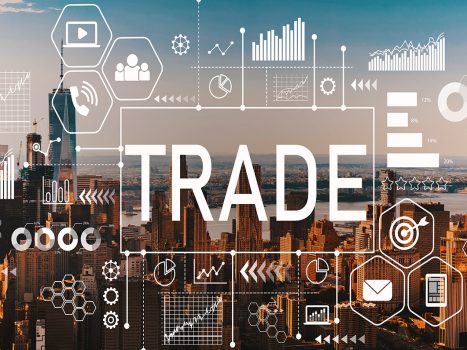