(Editor’s note: As an advocate for the onion industry, OnionBusiness.com takes the position that what affects one production area, either positively or negatively, affects all production areas. The convoluted air quality issue in California’s San Joaquin Valley demonstrates not only how a region can be impacted by conditions but also how the conditions can be and oftentimes are addressed at local and national levels. We welcome and encourage dialogue and have provided contact information for those wanting to reach participating SJV entities.)

Two decades ago the Environmental Protection Agency’s air standard goals for California’s Kern County and San Joaquin Valley were approved by the U.S. Congress, putting into motion a back-and-forth between government and the Valley’s ag community, which has also been contending with water issues.

One national news source said the upshot could be a land grab and highway shutdown.

The piece at www.wnd.com said in part, “If the policy is not adjusted by 2025, EPA will be able to introduce sanctions: Eliminate any federal funding for highway projects, insert a moratorium on any business or residential development, and stop all mobile travel of any air-polluting vehicle (cars, trucks, tractors, etc.) for up to six months (three summer months and three winter months)… That could mean shutting down Interstate 5, State Routes 65, 43, 46, travel from Arvin to north of Sacramento for six months per year and possibly stopping all agriculture activity for six months.”

See that story at http://mobile.wnd.com/2016/08/epa-demands-impossible-from-california-clean-air-police/?cat_orig=politics

Ultimately, central California has been charged to attain a 90 percent improvement in its air quality. Earlier this summer the Valley Air District petitioned the EPA to “undertake rulemaking to establish new national standards for heavy duty trucks and locomotives.” See the full post and accompanying letter at http://www.valleyair.org/recent_news/Media_releases/2016/PR-District-Petitions-Federal-Government-06-22-16.pdf

In a press release the board “took this action as the Valley Air District begins the public process to develop an air quality attainment plan to meet the latest health standards for particulates and ozone as mandated under federal law. According to the Valley Air District, meeting these federal standards requires another 90% reduction in fossil fuel combustion emissions. With Valley businesses already subject to the toughest air regulations in the nation, the needed reductions can only come from mobile sources that fall under the EPA’s legal jurisdiction.”

The release also said that a petition was submitted to the EPA with a letter to Gina McCarthy, EPA Administrator, requesting that the EPA take regulatory action to reduce air pollution. The petition was approved by the Valley Air District Governing Board, and Councilmember Oliver Baines, Chairman of the Valley Air District Governing Board, was quoted as saying, “We are air quality advocates, and it is incumbent upon us to push the envelope and do everything we can to protect public health.”

Another excerpt from the story quoted Sayed Sadredin, executive director/air pollution control officer of the Valley Air District, who said, “Although the Valley has seen tremendous improvement in air quality over the last twenty years, meeting these new standards is impossible without the EPA taking responsibility for reducing pollution from sources that fall under their legal jurisdiction… A national standard to reduce emissions from trucks and locomotives is not only necessary to satisfy the federal mandates, but it will also help ensure that California businesses, and Valley businesses in particular, are not unfairly disadvantaged.”

The letter to McCarthy detailed plans that have been developed and implemented, but it also states, “The District has jurisdiction over stationary and area sources, which make up less than 15% of the total NOx emissions inventory. With over 85% of the Valley’s remaining ozone and PM2.5 precursor emissions now coming from mobile sources under federal jurisdiction, the Valley cannot reach attainment even if all stationary sources were to be shut down. While the District will leave no stone unturned in reviewing all existing stationary source categories and regulations for additional emission reduction opportunities, attaining the federal standards is not possible without significant reductions in emissions from mobile source categories.”

Specific language for trucks in the petition called for the EPA to “Begin formal rulemaking on the development of an ultra-low NOx exhaust emissions standard (0.02 g/bhp-hr) for on-road heavy-duty engines, publish the proposed rule by July 2017, and publish the Final Rule by December 31, 2017.

“In developing the Proposed Rule, the U.S. EPA shall require ultra-low NOx engines meeting the 0.02 g/bhp-hr standard by January 1, 2022. These requirements shall be applicable nationally at the point of sale.

“The new 0.02 g/bhp-hr NOx for on-road heavy duty trucks should be aligned with EPA phase 2 standards to the extent feasible since implementation of such standard will require modifications to the same engine system that will be modified to meet EPA Phase 2 GHG reduction requirements and it is more cost-effective for engine manufacturers to simultaneously develop an engine meeting both standards.

“If full implementation of an ultra-low NOx exhaust emission standard is not feasible for certain classes or vocations of vehicles by January 1, 2022, U.S. EPA shall phase-in the sale of ultra-low NOx engines beginning that year for classes or vocations of vehicles that are more readily amenable to having cleaner engines deployed in the fleet. In doing so, U.S. EPA may establish intermediate NOx exhaust emission standards that are higher than the ultra-low NOx standard. However, the intermediate standards shall be no higher than 0.05 g/bhp-hr. Full implementation of the 0.02 g/bhp-hr standard shall occur no later than January 1, 2024.

“To encourage early development and deployment of 0.02 g/bhp-hr engines, U.S. EPA shall develop guidelines under the Diesel Emissions Reduction Act that allow for owners of existing on-road heavy-duty vehicles with engines that meet the 2010 on-road heavy-duty NOx exhaust emissions standard of 0.2 bhp-hr to qualify for incentive funding to purchase an ultra-low NOx engine without scrapping the 2010 standard vehicle provided that the vehicle is sold and used outside of an area that is in nonattainment of the national ambient air quality standard for ozone. The guidelines shall ensure that the existing 2010 vehicles shall not operate in a nonattainment area.”

The release concluded, “At this point it is unclear whether EPA will respond affirmatively to the petition filed by the District. Although the District is hopeful, discussions with EPA cast doubt on the federal agency’s willingness to pursue a national standard.”

Supervisor Steven Worthley, also a board member of Valley Air District Governing Board, “questioned the equity or legality of a federal mandate compelling local government to do something that is impossible to achieve without the federal government taking responsibility for actions within its sole jurisdiction.”

Oliver Baines, chair of the VADGB, said, “This is the right fight, and we are doing everything we can in the interest of the public health and air quality. If it means fighting the federal government to have them participate in this process, then we should do it. We need partners and sometimes the way you get partners is you have to force them to the table. There have been many fights in this country over the years where the federal government has had to be forced to the table to do the right thing. Luckily we live in a country where we have a mechanism where we are allowed to compel entities to do the right thing.” 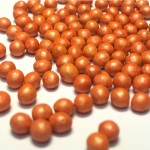