With a strong background in the onion industry, Jon Meyer brings experience in packing and relationships growers and packers in Michigan to his new position on Aug. 1 as director of sales for Market Brothers. 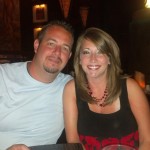 “I was born and raised in Hudsonville, MI, were I currently live,” Jon told OnionBusiness.com recently. “I graduated from Hudsonville High School and went to Careerline Tech Center, graduating from its marketing program.”

After studying marketing, Jon spent seven years in real estate before starting his career in the produce industry.

“I worked for my family’s business, Bosgraaf Sales Co., for 11 years,” he said. “We owned a onion packing facility where we would pack onions year round. From August to March we packed Michigan onions, and when they finished, we bought onions from New Mexico, Texas, California, Idaho-Oregon and Washington. They were shipped in bulk, and we repacked them.”

That experience meshes perfectly with Market Brothers, a year-round produce distribution company started in May 2014 with a primary focus on onions.

Based out of Mansfield, OH, Market Brothers has strong grower-shipper relationships “in all the major onion production areas,” Jon said. The company specializes in bulk and retail packed onions, selling domestic conventionals and organics. In addition to its distribution services, Market Brothers also has an in-house truck brokerage for the company’s truckload orders, he said.

Market Brothers is owned by Nick Durchik , whose expertise is in sales, new business development, grower relationships and logistics, and Scott Drozda, company CFO and head of technology.

Meyer said his goal is to “bring my years of knowledge to the company and help them grow into a larger company.” To that end, he said he will help with market conditions and also bring his already strong relationships within the Michigan onion industry to the table.

Noting changes in the industry over the years, Meyer said it is harder for farmers to make money in the state of Michigan. “There are more and more who have decided to stop growing onions due to rising farming cost,” he said. “There also changes in the packing industry,” he said, citing photo technology and state-of-the-art grading lines that can detect problems with onions  “we couldn’t see before.”

Looking ahead, Meyer said, “The industry has been shrinking in most areas other than the Northwest. I expect that to continue at a slow pace unless things start to change and farms can begin to be profitable again.” 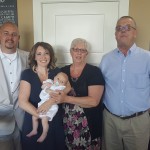 Jon and his wife Katie have been married for seven years and welcomed their son, Brayden Michael, on March 20.

Away from work, he said he loves spending time in the outdoors with his family. “I love fishing, boating and golfing,” he said. 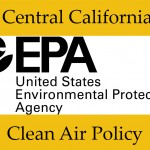