While it is based in the Treasure Valley of Idaho-Eastern Oregon, Certified Onions Inc. has can provide its residue and pathogen testing services to onion handlers in Washington and other parts of Oregon, according to COI President Kay Riley.

Riley, who is GM of Snake River Produce in Nyssa, OR, said on Aug. 5 the operation is expanding its microbial testing this year, with more of its two dozen members taking advantage of that service. As of now, some 75 percent of IEO onions are testing by the nonprofit COI, which offers the stringent testing for off-label pesticides, maximum residue levels and pathogens.

Founded in 2009 as testing program for maximum pesticide residue, COI has expanded over the last seven years to include pathogen testing, primarily for Salmonella and E. coli 157. Working with the Oregon Department of Agriculture, COI provides third-party certification in both field and shed.

The organization’s web site, www.certifiedonions.com, provides an overview of services, noting, “The Oregon Department of Agriculture provides official governmental sampling and testing of onion bulbs as part of the program.”

The web site further states, “The Oregon Department of Agriculture’s laboratory has state of the art equipment and highly trained staff to ensure that the onions originating from the Idaho-Oregon area being sold in the marketplace by their members are free of pesticide residues and the presence of undesirable pathogens,” and Riley said the service is relevant now more than ever. “So far we’ve only tested in the Treasure Valley, but we could test regionally, going into Washington or Western Oregon,” he said.

Drone on! Onions from a bird’s-eye view 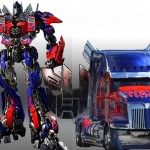