The 2015-16 Idaho-Eastern Oregon onion volume expanded for Champion Produce Sales with the purchase of Giant Produce in Parma, ID, by Wong Farms, the growing operation owned by John Wong, who is president of Champion.

Prior to the purchase, Champion had for several years handled marketing and sales for Giant, and the shed remained under management by Brent and Jada Ishida, Wilder, ID, farmers with some 200 acres in onions.

The Giant facility has been expanded and upgraded in the last few years, and Wong said this season it will have an upgraded line.

“It will increase our capacity for rail with its seven rail doors on the building,” Wong said, with Champion Produce’s facility continuing its focus on specialty packs. 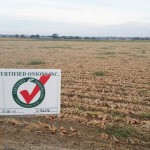