Tributes came in from several onion grower/shippers this week for retired Colorado farmer Joseph “Ed” Monson, 73, who passed away Sunday, March 11, at his home and in the presence of family. 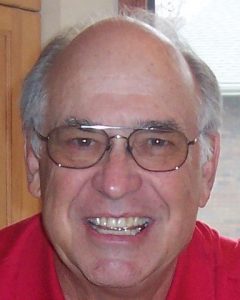 His life will be celebrated Friday, March 16, at St. Paul’s Congregational Church in Greeley at 1:30 p.m., with interment at Linn Grove Cemetery.

The longtime onion and carrot grower was born April 19, 1944, to Joe and Kathleen Monson and spent his childhood learning the art of farming in Henderson, CO, on the family farm with his two sisters, Joann and Marlene.

Ed is survived by his wife Sharon, who was his high school sweetheart, and by his son Martin and daughter-in-law Amy and his daughter Aundrea and son-in-law Castulo Venegas, as well as seven grandchildren.

Like a true Colorado ag family, Ed and Sharon raised their children in Brighton, Galeton, and Greeley – all farming communities.

Prior to joining the family’s carrot and onion operation, Ed attended Colorado State University and began his post-college career as a horticulturist, growing roses for Katayama Greenhouses and later for Amato Greenhouses in Brighton.

But, as his family wrote in his tribute, “However, his love for farming eventually led him back to the carrot and onion fields of northern and eastern Colorado, where he found his life’s work farming with his father and sister at Monson Bros. Company.”

An active member of the National Onion Association, Ed was remembered by NOA Executive Vice President Wayne Mininger as a good friend and a successful farmer. Wayne said Monson Bros. hired large crews “in the days when transplant onions were all done by hand,” and Monson Bros. also packed and shipped for outside farms.

Within the NOA, Ed was a longtime trustee on the board and also served on many committees.

Fellow Colorado onion grower/shipper Bob Sakata at Sakata Farms in Brighton said Ed was “a very close friend, someone who confided in me.” Bob said Ed had retired from farming “about 10 years ago,” and he added, “I was very surprised and saddened when I heard he had passed away. He and his dad and his uncle were known as the carrot kings and also onion growers who grew great big jumbos that they called ‘Monson’s Monsters.’”

“I would see Ed several times per week during the summer months,” Ryan said. “He had a great personality that was very infectious. Based on firsthand accounts that I have heard recently, Ed was a very giving individual who was deeply involved in our community. Some of our employees worked for Ed in the past and have nothing but nice things to share. Here in Colorado, we were blessed to have Ed Monson be a part of our onion community for so many years – he will be missed by many.”

In the Treasure Valley of Idaho-Eastern Oregon, Grant Kitamura, CEO of Baker & Murakami Produce in Ontario, OR, said Ed was a “big guy with a big heart!” He added, “Everything about him was big. He had a big personality, and I always considered him a good friend.”

Grant, too, recalled the jumbos grown and shipped by Monson Bros.

“I remember his dad started growing big onions, ‘Monson’s Monsters’, and Ed carried on with that tradition,” he said. He said Ed “often visited the Idaho-Eastern Oregon area and was sure to stop and visit with many of the shippers here.”

The big man’s big presence will be missed, Grant said. “There is no doubt about it – Ed was a true icon in the industry. He did everything in a big way, and he will be missed terribly.”

In South Texas, Dale DeBerry with AllVeg Sales in Bourne told OnionBusiness.com that Ed was “a good friend and a great guy.” Dale said, “He was just a great person, a really good shipper and a really good friend.” Like many others, Dale had the pleasure of playing golf with Ed many times.

One of Ed’s closest friends in the onion industry was Marvin Davis with Tex-Mex Sales in Weslaco, TX. Marvin said he and Ed met in Colorado some 40 years ago, and their friendship grew over the years. “Our friendship meant a lot, really a lot,” Marvin said. “He was a man of deep faith, a very good friend, an excellent farmer and one of the most knowledgeable guys I’ve ever met in this business.” Marvin added, “He’ll be missed a lot. A whole lot.”

After retiring from farming in the last decade, Ed traveled across the nation, according to his tribute at http://adamsonchapels.com, “scouting crops for the Michael Cutler Produce Company of Scranton, PA.”

But no matter where he was or what he was doing, family was paramount. “His family brought him great joy. He also found joy in golfing every day that the weather permitted, summer or winter,” the tribute said.

“Ed enjoyed studying the Bible and praised his Lord for each new day, constantly asking guidance not only for himself, but also for his entire family. Ed knew he had eternal life, and due to his illness, he was ready to step into phase two of his eternal life.” 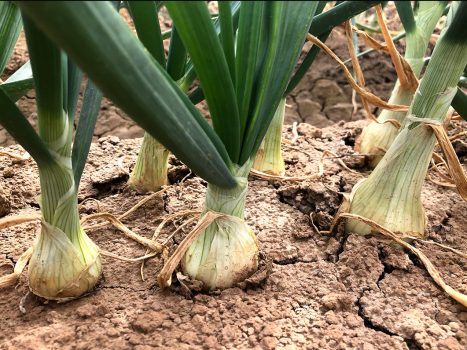 Market and Crop Update for March 15