The upcoming Canadian Produce Marketing Association Convention and Trade Show, set for April 2-4 in the historic north end of Old Montreal, will treat exhibitors and attendees to a blend of provincial antiquities, stunning glass and gleaming steel of the Palais des Congrès de Montréal convention center, a great line-up of informative sessions and compelling speakers and a trade show of international proportions.

In other words, a good time to be had by all, including representatives of the U.S. onion industry.

Canada is a major export market for domestic onions, and among those who’ll be exhibiting at this year’s trade show are the Volm Companies, the Idaho-Eastern Oregon Onion Committee’s Export Committee, Basin Gold Cooperative, Keystone Fruit Marketing, and Eqraft.

The Tuesday, April 2, agenda kicks off with an 8 a.m. retail tour, followed at 1 p.m. by the CPMA members annual general meeting. That afternoon will feature a Half Your Plate Hockey Classic from 4-6:30 p.m., with the Chairman’s Welcome Reception from 8-11 p.m.

Wednesday, April 3, will start with a Delegate/Companion Breakfast, with Keynote Speaker Justin Kingsley at the dais. Kingsley is a New York Times bestselling author, storyteller, strategist, creative director, photographer and a former Press Secretary under Prime Minister Paul Martin. He was named one of Canada’s most creative people by Marketing Magazine and has served as Creative Director for NHL superbrand the Montreal Canadiens. He is also crediting with turning Star Wars and Indiana Jones into global museum exhibitions, and he “put a McDonald’s into the side of a mountain at a snowboarding competition,” according to his bio. Kingsley also developed award-winning communications strategies for UFC champ Georges St-Pierre and slogans for the Olympic Games and the FIFA World Cup, and the strategy he developed for Adidas at the London Olympics was named best global campaign of the Games.

Business/educational sessions will take place following breakfast. “A Taste of Disruption” will be “an interactive experience designed and delivered to engage CPMA members as they explore the potential and impact of digital, innovation and analytics on work today.” There will also be a Retail Produce Manager Session, all of which will be followed by the Delegate Luncheon. The Trade Show Opening Ceremony will take place from 1:15-1:30 outside the trade hall. The tradeshow itself will run from 1:3-5:30 p.m.

Afternoon Learning Lounges will be on the Trade Show from 2-3:15 p.m., and a special Women in Produce Reception will run from 5:30-6:30, with an After Party to run later.

The Annual Banquet is preceded by a reception from 6:30-7:30, and the Banquet with entertainment will go from 7:30-11. Entertainment this year will be provided by Walk Off the Earth, a well-known, award-winning Canadian indie band from Burlington, Ontario. 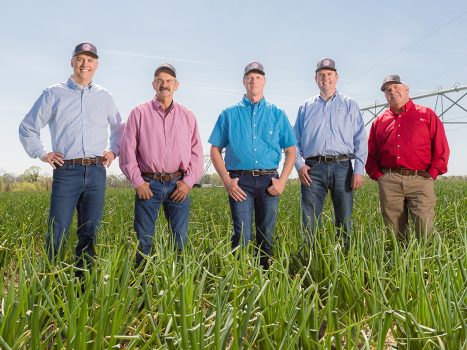