Steve Baker at Baker Packing in Ontario, OR, said most of his company’s growers are finished planting for the 2016-2017 season. He said “though some seed companies report increased volume of sales, our growers programs will remain the similar as in past years.”

The 2016 crop is being planted now, and Don Ed Holmes of The Onion House in Weslaco, TX, said those growers who market through his business will have onions in late August.

Utah new crop onions being planted now, and Don Ed Holmes of The Onion House in Weslaco, TX, said mid-September is when the onions will begin shipping.

Danny Ray of Ray Brothers Farms in Glennville, GA, reported that the “crop is doing very well, and both size and quality look great.” Danny said Ray Brothers will be lifting fields this week and expect to harvest next week as the ground dries out more. The official start date has been set for April 25, the last full week in April. Danny has indicated that some shippers may be shipping sweets early without the Vidalia label, but his company will begin shipments on the set date.

Dale DeBerry of AllVeg Sales in Boerne, TX, works the Vidalia deal and said the crop is growing well. “It looks really nice and is sizing nicely with good tops.” Dale said his growers will be “ready for the grand opening” on April 25.

Steve Baker of Baker Packing in Ontario, OR, said that company will begin shipping onions out of the California border/Yuma area in late April or early May. “This is about a 4-6 week deal before we move on to the San Joaquin Valley,” Steve said.

The San Joaquin Valley, Baker said, “is a big deal for us.” He said Baker Packing has a lot of volume coming out of that growing area, and the program will start the first of June. 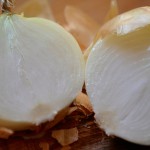