Don Ed Holmes at Onion House in Weslaco said weather has been very conducive to the crop’s progress, dry and warm. “We expect to start shipping the last week of March or the first of April,” he said. Volume will be lighter this year due to Hurricane Patricia-spawned storms and subsequent weather patterns in the region, but losses were less than first projected.

DeBerry of AllVeg Sales in Bourne, TX, works the Vidalia deal and said during his recent visit to Georgia, the crop looked very good for his growers. “I talked to them Feb. 23, and they told me the fields are in great shape and everything is moving in a good direction.” Dale said he expects to start his Vidalia sales the first week in May.

Trevor Frahm at Frahm Fresh in Ontario, OR, said his operation is sticking to the same program it ran last year, with planting starting between March 15-21, depending on weather. Frahm fields have not been impacted by the water shortage due to its location and water sources, and Trevor said when it’s a “good water year, like it should be this year, it just makes things a little easier to manage because the growers above us are getting the water they need, too.”

At Murakami Produce in Ontario, Grant Kitamura reported that early variety onions will be planted in mid-March, and storage varieties will be planted in late March.  He anticipates an increase in acreage this season because the region’s water situation has improved.

Trish Lovell at Agri-Pack in Pasco, WA, said her company’s growers are planting now, but it is early to say whether there will be an increase in acreage. “There are a lot of variables that play into how many acres our growers will put in the ground, and it’s just too early to tell at this time,” she said. 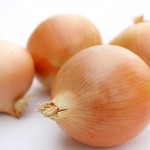