Crop News for May 26

Jed Ellithorpe and Jake Burris at Aspen Produce in Center have expanded last year’s test plot to more than 50 acres of yellow Spanish onions in 2016. The men said the crop, planted April 25, will be field dried and then go into storage after harvest in September. “We’re hoping first loads will go out in September as well,” Jake said. Jed said supplies will likely be metered out “to assist our current potato customers put mixers together.” The onions are still in the trial stage, both Jake and Jed said, with the San Luis Valley offering a tight window for crop production. Jake, who is farm manager, planted 60/40 mediums to jumbos for both retail and foodservice receivers. “They’ve all emerged and are about three inches above the ground,” he said on May 25. “Now it’s up to Mother Nature now.”

Derek Ennis with L&M said the New Mexico crop is looking very good, with a lot of big onions and overall size profile leaning toward those larger sizes. He reported clipping started on May 24, and the operation will begin packing next week.

Maria Lopez at Pajaro Valley Fresh Produce in Watsonville gave us an update on the crop at Huron. Crews are bringing fresh market onions to the shed now, and Maria said first loads will start going out June 1. “We have yellows and reds,” she said of the light-skinned fresh onions. “It’s going well, and we’re getting ready to start the season.”

Doug Stanley at Harris Fresh said the early San Joaquin Valley crop looks very good, but due to some weather issues experienced earlier in the growing season size profiles might be off. Doug also said they could see below-average yields. It’s not typical for he region, but this year they’ve experienced cooler harvest weather, and thunderstorms have held up curing in the fields, which has delayed harvest and packing. 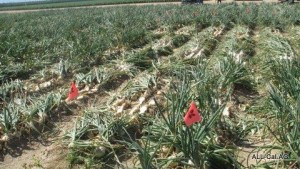 The end of harvest El Centro. Courtesy of Rich Hoffman. 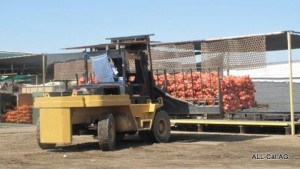 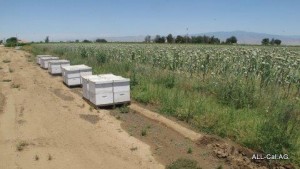 Chris Woo at Murakami Produce/Potandon Produce told us there has been adequate moisture for the start of the season, and warm weather is expected for Memorial Weekend. With the favorable weather conditions the region has seen thus far, the crop is responding very well. Chris said if conditions continue as they have, IEO should have an excellent crop for harvest. The estimated start up for IEO is Aug. 1, which is somewhat early. 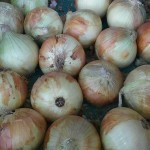 Market update for May 26