With new owners Aaron and Holly Ensign greeting visitors, Curry & Co. of Brooks, OR, will be celebrating its 50th anniversary “with excitement for growth and expansion within the company,” a Curry representative said recently.

In describing the 2017 PMA Fresh Summit expo in New Orleans Oct. 20 and 21, the company noted, “It is a great opportunity to meet the new ownership team of Curry & Company and to hear about our exciting plans for 2018 and beyond.”

Curry has been a longtime exhibitor at the convention, and the spokesman said, “For Curry & Co., PMA’s Fresh Summit is the opportunity to meet and plan with existing accounts both domestically and internationally. It is also a great time to meet with prospects and with new people coming into the industry whether it is retailers or suppliers Curry & Co. works with. We also enjoy walking the floor and looking at all the innovations in packaging and promotion. There’s so much excitement and buzz at Fresh Summit and we grab onto that energy, and keep that momentum going for the rest of the year.” 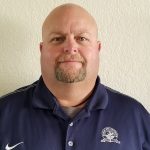