Cybersecurity not so secure in days after U.S. cedes oversight of Internet

More than likely many readers of OnionBusiness.com are among millions of Internet users worldwide who have experienced email and web hang-ups in recent days. And, sadly, there could be more such hang-ups ahead.

In our Oct. 6 newsletter, OnionBusiness.com reported on the recent ceding by the United States of the Internet’s core systems, “specifically the directories that aid web browsers and applications in locating search topics,” to what has been described as a “a non-profit oversight organization,” and though a direct correlation hasn’t been established, it seemed that within days cyber attacks were busting into what were once secure sites.

Our story cited an Oct. 3 post at http://www.ibtimes.com/who-controls-internet-us-government-hands-over-control-icann-2425491, which named the newly designated oversight group as a “California-based multi-stakeholder,” the Internet Corporation for Assigned Names and Numbers (ICANN).

While security breaches are not new, the broadness of the cyber attack that took place the week of Oct. 17 is in itself remarkable. Sites affected included major news outlets CNN, the Wall Street Journal, Fox News, The New York Times, Weather.com, CNBC and Fortune.

Foxnews.com reported on Oct. 21 that several popular sites were knocked offline. The attacks came in two waves and affected the Internet critical infrastructure that directs web traffic. Dyn, an Internet traffic management company whose customers include large corporations, was one primary target. Among the sites disrupted were Twitter, SoundCloud, Spotify, Netflix, Reddit, Disqus, PayPal, Shopify and more. Dyn issued an official statement on the attack, which can be accessed at http://dyn.com/blog/dyn-statement-on-10212016-ddos-attack/.

No one group or individual has been found responsible for the attack, and Homeland Security is involved in the investigation. One fear being voiced is that this most recent attack is the prelude to something bigger and ultimately worse.

DailyCaller.com reporter Eric Lieberman posted on Oct. 24, “The cyber-crime, which was likely conducted by a syndicate, issued a distributed denial of service (DDoS) attack, which renders certain networks and websites inaccessible to users. The hacker(s) bombarded part of the internet’s infrastructure by directing several devices and the respective unique Internet Protocol (IP) addresses (the numerical label assigned to every device) to targeted online systems. Dyn’s DNS became inundated with so much traffic, it could no longer facilitate the navigation of the web.”

He also wrote, “Electronic devices that were likely taken over could be anything with internet capacity, like smartphones, cameras, TVs, and PCs (maybe even toasters).” Food for thought, as it were, as you fix breakfast.

Read more from Lieberman at http://dailycaller.com/2016/10/24/internet-crashes-will-be-hard-to-stop-after-obamas-internet-giveaway/#ixzz4O6wji38P. 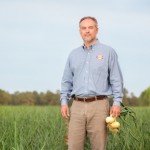 Shuman Produce a major source of Peruvian sweets for retail