In a two-part story entitled “Transportation approaching transformation?” that we ran Aug. 4 and 11, OnionBusiness.com looked at the not-so-distant future of product transport that includes self-driving commercial trucks.

Now, barely two months hence, a story comes out of Colorado that the nation’s first commercial delivery by a self-driven truck was made Tuesday, Oct. 25, in the wee hours of the morning. The load, 2,000 cases of Budweiser beer, was transported by the truck on Interstate 25 from Fort Collins to Colorado Springs, a distance of some 120 miles that takes in the interstate’s passage through Denver.

The delivery was chronicled by the NewYorkTimes.com in a piece written by Mike Isaacoct and can be accessed at http://www.nytimes.com/2016/10/26/technology/self-driving-trucks-first-mission-a-beer-run.html?_r=0.

Owned by Uber, the truck is known as “Otto,” and it is part of what Isaacoct described as an Uber-predicted future in which a vehicle will take passengers to their destinations with “no driver necessary.” The commercial trucking part of the equation takes that scenario one step further, with the possibility of labor being eliminated when robots replace human drivers.

In a story published in May 2015 at http://www.cnet.com/roadshow/news/freightliner-autonomous-inspiration-truck/m writer Antuan Goodwin wrote that Freightliner is the maker of the first self-driving commercial truck to receive a road license plate. Goodwin explained that the commercial carrier can “steer and drive itself, while the driver relaxes and enjoys the ride.” And another that addresses the future for truck drivers as an industry can be found at http://www.thetruckersreport.com/ata-self-driving-trucks-are-close-to-inevitable/, which quotes a Wall Street Journal story titled Daddy, What Was A Truck Driver?” 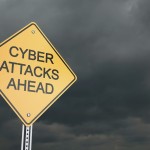 Cybersecurity not so secure in days after U.S. cedes oversight of Internet