New National Onion Association President Doug Stanley, who was officially named to the position during the recent combined NOA/National Allium Research Conference in Savannah, GA, said one key benefit from the Nov. 30-Dec. 3 gathering was the gathering of industry members “from top to bottom.”

Stanley, who has been an active member of the NOA for 13 years and has served on the Legislative, Ad Hoc Food Safety and other committees throughout his membership, told OnionBusiness.com, “The biggest takeaway was the fact the conferences were held in conjunction with one another. I see this collaboration from top to bottom as essential for the onion industry to go forward.”

He noted that while there have been a lot of state and regional collaborations leading to the NOA/NARC convention, bringing the two industry organizations together for common discussions and problem-solving is a positive move.

“Through specialty crop funding coming from the USDA, it is imperative for us to connect the dots and bring together areas for joint research and other projects, and this convention is a good conduit. I think the entire industry needs to be viewed as such – a comprehensive industry that involves not only field-to-fork members but also all those people in ancillary industries.”

He cited research, equipment and chemical products among the necessary components to onion production, adding, “There is a whole universe of related companies surrounding us.”

And with representation from all sectors at the Savannah winter convention, Stanley said the mood of NOA members and others is “cautiously optimistic” going into 2017.

“There are some big inventories in the Northwest, but not all the product is marketable. Some people were surprised at the numbers coming out of the Northwest,” he said. He explained that the numbers reflect “what those Northwest companies think will be marketable as they see high cull rates and big shrink.”

Stanley went on to say, “Even though there are full storages and big numbers on the outside, the volume could be restricted to the speed of packing. When we come back after the first of the year, if demand is high, I don’t know if the Northwest can fill all the orders.”

The hope is that lower numbers are correct, he said, and that the “glut stabilizes and the markets even out.”

He said, “Not only are we oversupplied in this country, but there is a worldwide oversupply of onions. The Russian embargo is not helping to move the European crop. It will take a while for this to suck through and settle down.” Stanley added that it could be five to six months in settling.

“What I heard at NOA was, ‘Be consistent and grow what you can sell.’ Most of our membership tries to play by that, but right now Mother Nature gave us what we’re dealing with.”

Another area of cautious optimism is in the new administration, Stanley said. “Immigration reform and transportation are still some of our biggest issues. Growing a crop doesn’t do us any good if we can harvest and transport it. The [election of Donald Trump] is a change, and hopefully it’s a breakdown of the gridlock we’ve had.”

Renegotiation of the Trans-Pacific Partnership and NAFTA “can both be very touchy subjects, and I don’t know how they’ll be approached,” he said. “But we all need to operate under the Golden Rule.”

When asked what he sees as his mandate, Stanley said, “I don’t believe in mandates, but over the next two years, while I’m helping this association along, I think we need to work on our identity with consumers and end users. Onions are often the number-one ingredient in recipes, and we need to continue to brand ourselves and be more consumer friendly. We need to make people feel good about what they’re doing when they buy and use onions.”

Looking forward to his role as president, Stanley said, “From the National Onion Association and all its members, I wish everyone a safe and Merry Christmas. Enjoy time with your families. And God bless America.” 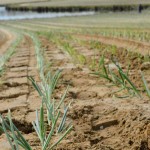