Edward Gurda of Middletown, NY, passed away on Sunday, June 19, at age 83.

A lifelong produce farmer, Edward was born to George and Helen Kozireski Gurda in Warwick, NY. Over the course of his very active life, Edward served as a dispatcher from LP Transportation in Chester, NY, and was a member of the Pulaski

Fire Company Pine Island, NY, for more than 50 years. He was a past president of the Pine Island Chamber of Commerce, Whip-poor-will Hunting Club, Agricultural Stabilization Committee and OC Vegetable Growers Association.

Preceding Edward in death were his parents and his brother, Floyd Gurda. 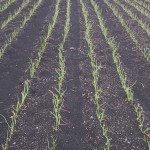