July has long been one of the busiest months for fifth-generation A. Gurda Produce in Pine Island, NY, and 2016 is keeping with that tradition, particularly for the farm’s lead commodity of onions that will ship from Oct. 1 through May 1.

According to Michelle Gurda, the operation’s food safety practitioner/director who also works with her father, Andrew, in marketing and sales, “all is good” and the onion program is basically the same as last year, with some expansion in organics.

At 60 percent of the farm’s production, onions are planted on 200 acres in the area’s “Black Dirt Region.” Michelle said A. Gurda purchased new land in place of leased this season, and she noted the variety breakdown will remain at 20 percent reds and 80 percent yellows.

As the fourth generation of Gurdas to work the New York soil, Andrew is president of the company. His brother David is farm manager, overseeing planting, spraying and harvesting. Michelle said at the farm level, new cultivation equipment has been added this year.

Andrew and David’s brother-in-law, Stanley Smith, manages the warehouse, and Michelle helps oversee packing operations in addition to her sales and marketing role.

Noting the farm’s growing program has been kept the same this year, she said, “All colors and quantities worked well for us so we decided to keep it like that for this season.”

The organics have been broadened to include jumbo yellows and reds, and Michelle said Gurda has increased the volume it’s been handling. All colors and varieties in both conventional and organic start at the same time, Oct. 1, Michelle said. 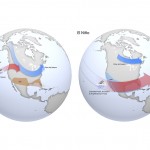