Fagerberg Farms named 2015 Farmer Of The Year by PrecisionAg

One of Colorado’s leading onion grower/shippers, Fagerberg Farms/Fagerberg Produce, was recently named 2015 Farmer of the Year at the InfoAg Conference in St. Louis, MO.

Ryan Fagerberg said the operations farm manager, Rod Weimer, accepted the award on behalf of the company on July 28. The Eaton, CO, family-owned and operated farm and packing/shipping operation was nominated by Colorado State University Professor Dr. Raj Kholsa, who cited Fagerberg Farms’ water-saving irrigation practices as “a model of sustainable agriculture, and opportunities to share the operation with current and upcoming agriculturalists, as well as local, regional and national legislators may result in even greater value than what has been realized in the operation.”

The company grows, packs and ships yellow, red and white onions from seed and transplants, and it utilizes drip irrigation on the majority of its fields.

The professor noted that water usage at Fagerberg Farms has been reduced by 30-40 percent with drip, and because fertilizer is applied by drip as well, there has been similar reduction in the use of nitrogen.

Fagerberg Farms/Fagerberg Produce has also received farm conservation awards from watersheds and conservation districts and has been lauded by the State of Colorado Environmental Leadership Program. 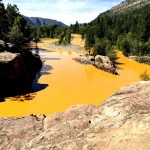