Onion industry icon Garry Bybee died Thursday, March 12, at home in Nyssa, OR, after waging a short and fierce battle with cancer. He was 81 years old. And he’d hate the term “icon.”

The family moved to Nyssa, OR, when Garry was two years old. In an obituary and tribute provided by the family, his childhood was described as follows: “Growing up on the family farm, milking cows, setting water, and driving tractor, Garry came to the decision that perhaps farming was not what he wanted to do for a living.”

The recipient of “numerous speeding citations from local police” during his teens, Garry graduated from Nyssa High School and attended Utah State University in Logan, UT, where he earned a Bachelor’s degree in Business with a minor in Economics.  Following his graduation from USU, he received a scholarship to New York University but instead chose a career at Thiokol Chemical Corp. in Tremonton, UT, where he worked on the Minute Man Missile Program.

During that time, he also met Ronda Faye Buttars from Logan. They married in 1963 and spent two years in Logan before relocating to Scottsdale, AZ, where Garry was a manager for seven years with Motorola. Their two sons, Todd and Marc, were born in 1968 and 1971, respectively.

In the fall of 1973 Garry and Ronda moved their family back to Nyssa, where Garry worked with his father and brother at Fiesta Farms Cooperative. The next year their daughter, Misty, was born. And ultimately Garry and Ronda became full owners of Fiesta Farms.

In addition to the family businesses of Fiesta Farms and Bybee Farms, Garry headed up a manufacturing operation in nearby Ontario, OR. Wood I (pronounced “Wood Eye”) produced floor and wood trusses.

His community service was part and parcel of Garry Bybee’s character. He was involved with the Idaho-Oregon Fruit and Vegetable Association, serving as president in 1997, and he sat on the Malheur Planning and Zoning Commission. Garry was also a member of the Fraternal Order of Eagles, and he was a devoted Nyssa Little League Baseball coach.

Known also for his devotion to the onion industry, Garry sat on Idaho-E. Oregon Onion Committee for many years in the Oregon Handler District starting in 1975. He sat on the Hall of Fame Committee for more than a decade and was in fact honored with induction to that prestigious list in 2018.

Though he was hands-on with his work, Garry did, the family tribute said, allow himself “time to enjoy life away from his many work and community roles.” He and Ronda traveled, taking many family trips and joining group trips with the National Onion Association. “They traveled the world to places like Peru, Australia, New Zealand, Hong Kong, Singapore, South Africa, and Mexico,” the tribute said. “Closer destinations like Banff Canada, Carlsbad Caverns, San Francisco and S. Utah made for memorable family road trips.”

He was an avid golfer and “allowed himself more and more time over the years to get out and play with his friends,” the tribute said. In addition he participated in annual pheasant huts with his brother Jay and other family members, with the group gathering each year on opening day. It “was usually Garry that came home with the most birds,” the tribute continued.

Preceded in death by his wife Ronda in 2019, Garry was also predeceased by his parents, his older brothers and his great-grandson, Oliver Jackson Berdowski. He is survived by son Todd and Lynn (Faulkenberry) of Portland, OR; son Marc and Tamara Bybee of Nyssa; and daughter Misty Bybee and Travis Page, also of Nyssa. Garry is also survived his sister, Colleen Froerer, and by many grandchildren: Brianna Berdowski (Neil); Yutá Bybee (Ashley Hagon); Lily Faye Bybee; Olivia Rose Page; Andrew David Faulkenberry; Justin Robert Faulkenberry; Garrison Marshall Page; and Layla Leigh Page.  His great-grandchildren include Henry, Evelyn and Franklin Berdowski.

The family’s tribute said, “Our family would like to thank and express our deep appreciation to all the staff at the Fruitland MSTI clinic that put up with Garry (he was known to be a bit of a character, and they did an amazing job putting up with him), and all his friends and family that have been part of his life, especially over these recent difficult times.”

To honor the life and accomplishments of Garry Bybee, a celebration with family and friends is planned for Saturday May 9, at Fiesta Farms warehouse and loading docks in Nyssa, OR, at 6 p.m.

The tribute concluded, “In lieu of prepared floral arrangements, the family requests donations of toilet paper and hand sanitizer. Ok, not really. But Garry would have really had a good laugh at this. What he would have wanted was for anyone considering buying him flowers to save the money or spend it golfing.” 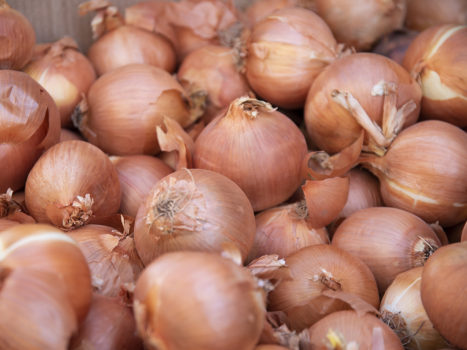