Market and Crop Reports
With the global uncertainty caused by COVID-19, a lot of our contributor updates this week are being prefaced with the phrases “uncharted waters,” “new territory” and “extraordinary circumstances.” There’s not much we can add to those exclamations except to say we are blessed to produce something that contributes to a healthy diet and bolsters people’s immune systems. And movement is very brisk, which is encouraging.

The road ahead is one we’ve not traveled in any living person’s lifetime. It doesn’t fall into the scope of The Great Depression or any other event of the 20th or 21st centuries. But isn’t it rewarding that we deal in a product that promotes good health?

As long as we work together, we’re strong. Let’s stay that way.

God bless and keep you all.

MARKET
Idaho-E. Oregon:
Chris Woo with Owyhee Produce in Nyssa, OR, and Parma, ID, told us March 18 that operation is “still selling and packing, providing onions to our fine customers. Retail pull is quite active. We’re hoping the foodservice customers and purveyors won’t be away from us too long –

and they are not forgotten!” He also said, “Some smaller sheds have finished for the season.”

Dwayne Fisher with Champion Produce Sales in Parma, ID, told us on March 18, “We hope everyone is staying safe and doing ok.  This is new territory without a doubt.” He continued, “We have been incredibly busy this week and so appreciate our team working in the packing facilities and on the farm to keep America fed right now and in the future. The work moves on, and we are doing all we can.” Dwayne added, “Many sheds in our area are getting finished this week, and less and less product is coming across from Mexico. The combination has strengthened the market. The next two weeks we will see what overall movement does, but with tighter supplies I would think our farms will be getting much better returns as we move forward.” He said, “Our facilities have very good supplies with our best quality saved back that should keep us in the market towards the end of April when new crop comes off in California.” And Dwayne concluded, “Our thoughts and prayers are with everyone.  We will keep working hard to make sure we do our part in keeping supplies moving, keeping our team safe, and getting product planted for next year. Again, we can’t say how much we appreciate all our amazing team members and the entire agricultural industry!  Everyone stay safe.”

Rick Greener with Greener Produce reported from his free-range office in Ketchum, ID, this week. “This time is reminiscent of this time a year ago when it went from $7 to $10 overnight,” he said. “This whole virus thing is very, very sad, but if there is a bright spot, it’s this onion deal right now. We needed a kickstand, and it looks like we’ve got it.” Rick continued, “While foodservice is off the radar, retail has gone crazy! I’m moving onions out of Washington, Oregon, Idaho, and Utah, and I am finishing up with Michigan this week. I’ve had some loads coming out of Texas and Mexico, too.” Rick said, “Some of the Mexico guys are loading by ‘day of price.’ We have been pushing to get our customers to take jumbos since the smaller stuff can be scarce. But the bottom line is the market is strong and getting stronger, and I would encourage buyers to get ahead of it.” He said, “As the saying goes, buyers should be living by the six Ps of life – Prior Planning Prevents P – – – Poor Performance.” And, Rick said, “If displays are empty of onions, that was just the first wave, and by the time you get through the second and third wave, back comes the first. The more lead time you can give on orders, the better. That goes for freight, too. And get your helmets on. I see this kind of demand going anywhere from one to four months.”

Mexico:
Don Ed Holmes with The Onion House in Weslaco, TX, said on March 18, “I’ve never seen anything like what we’re going through now. The market is up, and demand exceeds supplies. Mexico is still coming in, and we’re going through very high volumes. That means we will finish Tamaulipas earlier than we thought.”  Whites from Guaymas will start shipping the first week of April, Don Ed said, and desert whites will continue through the month of May.

Texas Rio Grande Valley:
David DeBerry with Southwest Onion Growers in Mission told us on March 18 there is “virtually no inventory on the floor” currently. “Onions come in and go out the same moment,” David said. “A lot of volume has moved through our turnstile in the last five days.” Moving its last loads from Mexico on March 18, Southwest Onion Growers is transitioning into all Texas product. “We started harvesting in Texas, and I’d say about half the guys in the Valley are in the field. That will ramp up quickly. Labor so far is good, and both of our warehouses are going,” David said. “We’ll be running full volume in a few days. Right now we’re shipping mostly yellows but do have all three colors available. The quality is very, very good. We had just perfect weather this growing season.”

Don Ed Holmes with The Onion House in Weslaco said on March 18 his crew had started clipping Rio Grande Valley onions that morning. “We will ship some Texas onions this weekend and get into heavier volume next week,” Don Ed said. “We’re starting with reds that are just beautiful, and then we’ll be going into yellows. We have a few whites from Texas too.”

Wisconsin:
Doug Bulgrin with Gumz Farms in Endeavor said on March 18, “This is more movement than I’ve seen in my 30 years in the industry.” He went on to say that Gumz is cutting back on its whites and reds “to keep on yellow demand.” Demand is highest for medium yellows for retail, and Doug said, “We’ve seen our retail business almost quadruple recently.” Gumz ships only its own onions, and Doug said, “That puts us in a good position. We can run as many hours as we want.” He said the operation has supplies for another four to five weeks, and he added, “We’re booked out for the week, including the weekend.” Extending his concern for those whose lives are being disrupted by the Coronavirus, Doug said, “Hopefully this will be under control and we can all go back to living our lives normally soon.”

CROP
Idaho-E. Oregon:
Chris Woo with Owyhee Produce in Nyssa, OR, and Parma, ID, told us on March 18, “New crop seeded onions are being planted in a timely manner in between some much-needed sprinkles.” He added, “We’re planting mostly yellows, then reds for salad bars, pizza and hamburgers, and then white onions for salsa.”

Colorado Western Slope:
David DeBerry with Southwest Onion Growers in Mission, TX, told us on March 18 his Colorado growers will start planting Monday, March 23. “We’ll have similar acreage to last year with more colors, and we’ll be loading from one central warehouse.” 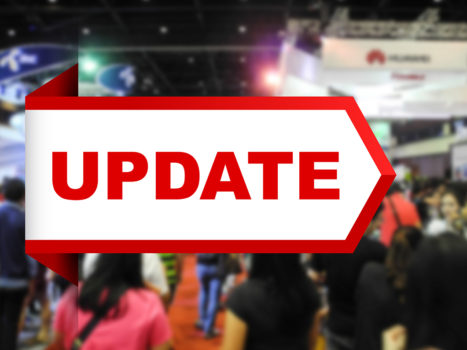