Five generations: A. Gurda Produce is a family tradition with an ancient history

Some family farm stories go back a century or two. With A. Gurda Produce, it’s a bit further… 120 times further, in fact.

About 12,000 years ago, give or take, climate change was occurring in North America, which was a good thing. At that time glaciers receded from lower New York State, leaving behind a rather impressive network of bogs filled with soupy compost. European immigrants in the early 1900s knew the value of that compost and the art of digging ditches, and what eventually became known as Orange County was transformed into a stellar farming area.

Today that area – appropriately named “the Black Dirt Region” of New York – produces some of the best onions on the planet, and one of the best-known growers of those onions is A. Gurda Produce in Pine Island.

Produce is a family tradition for the Gurdas, with Michelle Gurda representing the fifth generation to be in the industry. Her father, Andrew, is president of A. Gurda Produce and runs the sales and marketing division. His brother, David, is the farm manager, overseeing planting, spraying, harvesting. Their brother-in-law, Stanley Smith, is warehouse manager. And Michelle, the newest Gurda on the team, is food safety practitioner/food safety director who helps oversee packing operations and also assists her dad in marketing and sales.

While Michelle told OnionBusiness.com A. Gurda Produce farming started in Pine Island in 1977, Andrew and David are the fourth generation of the family to work the soil.

Orange County, about an hour’s drive from Manhattan, is ideal for many crops, and the farm started with onions and iceberg lettuce, expanding as the operation grew and demand for more items also increased.  Michelle and Andrew said A. Gurda became vertically integrated as a grower/packer/shipper over the years, with onions remaining one of the major items.

“Onions make up 60 percent of our crop,” Andrew and Michelle said. “They are one of the biggest volume crops we grow.”

The company’s web site, www.agurdaproduce.com, notes that the majority of onions grown in the Black Dirt are yellow “workhorse onions,” available from the onset of harvest in August through February or March.

Along the path to the 21st century, A. Gurda has added organics to its manifest, and today the operation grows red and yellow conventional onions as well as organic yellows and reds.

Michelle said both organic and conventional onions – and its other items (visit the web site for an extensive list) — ship “all over the Northeast and some to the Southeast.” Offshore shipping is done during “seasonal times,” she said.

As a young woman in produce, Michelle has a unique vantage point for not only the industry as a whole but also for the importance of maintaining family traditions and building on the Gurda legacy.

“I am the fifth generation in the family business,” she began. “For years the produce industry has been male-driven — women have been a part of the industry but never in a leadership role.”

That, she said, is changing. “Over the past 20 years, there have been more and more woman in leadership roles in many different produce companies. I think the industry leaders are realizing what women can bring the table: We are more aware of consumer needs, and we make up 90 percent of the consumers who are shopping for the household.”

Her own skill set is also important to A. Gurda.

“As far as marketing, I think I bring a new and fresh perspective to the farm. A few years back we developed a great web site and a Facebook page, which has really expanded our name. My dad has been going to trade shows for years, and tagging along has always been fun for me. It’s interesting to see how other companies are marketing themselves, and it gives us insight into things we perhaps should be doing.”

Why did she come into the business? “I have chosen to be a part of the family business because of the sheer enjoyment of working side-by-side with my father. The farm-to-table initiative really excites me, and society is now leaning on getting fresh produce for their families and eating a lot healthier than before. I think it’s a great time to be a part of such a great business. My sister and I have seen our dad’s produce labels in the local grocery stores for years in our area, and after all this time we still get so excited when we see an A. Gurda Produce sign as we are walk into the produce section.”

She continued, “As a young woman just starting out in the produce industry, I believe women are more respected as leaders then they ever used to be. My overall perception of women in produce is that I think it’s great! In our area there are a lot of farms — produce, dairy, sod, distilleries, breweries and others. I don’t see many women in leadership roles in the farms around here, but there are more than in the past. There are definitely daughters like me who are starting to get more involved with the family’s farm. I am very excited to be a part of such a great industry, and this is such an exciting time for women in the industry.”

What does the future hold for Michelle Gurda?

“In 10 years I see myself right here at A. Gurda Produce, and by then I am sure there will be a new product in demand that consumers want. The ‘locally grown’ trend is going strong now, and I would hope it will stay like that in 10 years.”

Northern Colorado farm a passion for four generations of Strohauers 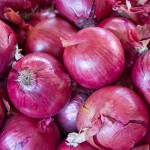