Gurda Produce in Pine Island, NY, has wrapped harvesting and has 80 percent of its crop in storage. Michelle Gurda reports that the farm has a good range of sizes, with more mediums this year.

First loads went out in August, and the last will probably go out by May 1, 2016.

The market is decent this year, and Michelle and her father, Andrew Gurda, say demand “should be steady.” They also expect prices to continue their upward climb as the season progresses.

Last year Strohauer shipped shallots for 51 weeks, and that is expected to be the case again this year.

Amber says depending on the market, “our organic shallots are available at least through Christmas.”

Planting for 2016 “will hopefully be the beginning of April or maybe end of March,” she said.

Amber also reports that the specialty onion market continues to get traction, and she said, “We have seen the organic regular-sized onion demand increase this season.”

At Fiesta Farms in Nyssa, OR, Marc Bybee says the market has been very good, and Fiesta has “been extremely busy, way ahead don shipments.” Storage is complete, and Marc sways everything is going, in his words, “PERFECT!”

The red market continues to be strong, and Marc says, “It’s going to go bonkers over time, so Fiesta is limiting shipments. The quality on reds is very high so they want to hold on to them and maintain supply through the season with anticipation of strong demand and higher prices.”

The yellow market is still good, and pricing and quality remain good. Shippers are limiting sales to cover contracts, he said. Marc is extremely positive about this season and says in the 20 years he has been in the business, he never seen such good pricing through harvest and continuing after. What’s more, he says the best is yet to come.

Also in Nyssa, OR, Kay Riley at Snake River Produce says the market overall is picking up and the medium market is strengthening. Kay says demand has been a bit light, which he attributes to a general slowdown in produce in recent weeks. Kay predicts demand will pick up as we get closer to the holidays.

Kay will be at PMA in Atlanta this weekend, representing both SRP and Certified Onions Inc. as The light demand is not surprising to Riley because produce in general has had some slow down in recent weeks. He sees things picking up with improvement down the road. SRP finished storage last week and the quality is good. Reds continue to be very strong.

Kay will attend PMA this weekend representing SRP, Certified Onions Inc., and USA Onions at Booth #1239. Kay is the chairman of the Marketing Order, and he and SRP Transportation Manager/Sales Tiffany Cruickshank will be at the booth during the show.

Other shippers in the Treasure Valley are reporting that many storages are not full, and with supplies looking to be down, the market could get stronger during the course of the season.

Trish Lovell at Agri-Pack in Pasco tells OnionBusiness.com that it’s been quiet, but she says that’s not uncommon this time of year – PMA week is often a little off for demand, she says. The red market is holding firm, and Trish says Agri-Pack’s pricing is at $12 on 25 lb. jumbo reds and $8 on 25 lb. medium.

Five generations: A. Gurda Produce is a family tradition with an ancient history 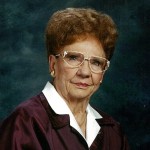