Our friend Theresa Yoshioka, International Trade Manager with the
Oregon Department of Agriculture’s Marketing & Development Division, let us know this week that FOODEX, Japan’s enormous trade show set for March 9-12 at    Makuhari Messe, will be adhering to state-of-emergency protocol during the show.

The show will go on, but it will be in a live-virtual format with local attendees manning booths and repping exhibitors. As it has in past years, Western United States Agricultural Trade Association will have an exhibit space and representation.

FOODEX had earlier been planned as a live event that could draw up to 80,000 buyers. Theresa, who has attended FOODEX and represented the Northwest, told us on Monday of this week, “I wish I had positive information to report about FOODEX. Unfortunately, COVID restrictions have had a significant impact on trade shows, especially large international ones like FOODEX. This is not a time when tens of thousands of people coming together from hundreds of countries is considered a good thing.”

And, Theresa said, “Although the venue for FOODEX is within the region under the state of emergency until just days before it is scheduled to open, it is still moving forward with safety protocols in place.”

The travel restrictions, she said, “have the greatest impact on U.S. companies planning to exhibit at FOODEX this year.” Theresa said, “At this point, the only way to for a company to staff their trade show booth is for their local distributor/representative to work in their booth or to hire local temporary staff to work in the booth. For the Western U.S. region, Western United States Agricultural Trade Association will have a space at the show. WUSATA’s local contractor will collect leads, which WUSATA will distribute to companies that are signed up with WUSATA to receive trade leads.”

She continued, “This model of a trade show moving forward with primarily local attendees and exhibitors from outside the country hiring local representatives to work in their booth is sometimes called a hybrid model. We have seen this at other major shows in Asia, such as SIAL China. WUSATA is also creating additional opportunities to showcase Western U.S. products at trade shows, such as Seoul Food & Hotel show in South Korea this summer.”

Like other trade shows, she said, “FOODEX is still very much on the horizon as an important food and beverage trade show for not just Japan but the Northern Asia region. We are looking forward to offering Western U.S. companies the chance to exhibit in the USA Pavilion at FOODEX 2022 with WUSATA.

And, Theresa reported, “Separate from trade shows, WUSATA is arranging virtual meetings with buyers in different countries, webinars to learn about international markets and promotions in international markets. We don’t expect travel restrictions to allow for in-person meetings across borders until the second half of 2021. Even then, there are many uncertainties. Taking the most important lesson from 2020, we are being flexible and will adapt as the situation requires.” 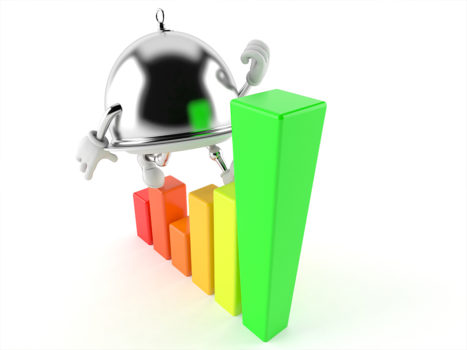