Good news for the onion industry and for produce overall. The National Restaurant Association reported on Feb. 17 that January saw a “healthy gain” in restaurant sales.

Leading with the optimistic news, the story is published at https://www.restaurant.org/articles/news/restaurant-sales-rose-first-time-in-four-months. The NRA added that while “January’s gain was a step in the right direction,” “monthly sales remain nearly $11 billion below their pre-coronavirus levels.”

The story went on to say that following a sharp downward trend at the end of 2020, “restaurant sales bounced back with a healthy gain in January.” And it noted that eating and dining establishments “registered sales of $54.6 billion on a seasonally-adjusted basis in January, according to preliminary data from the U.S. Census Bureau.”

That was an increase of 6.9 percent over December’s sales volume of $51.1 billion, which the NRA said represents “the largest monthly increase since June.”

However, the increase – not surprisingly – fell short in covering the 8.3 percent drop in the last quarter of 2020, and though it’s a positive trend, “the restaurant industry’s road to recovery remains long,” the story said. Overall figures from January were almost $11 billion, more than 16 percent, below their pre-COVID levels.

While the uptick may portend continued gains, many foodservice operators are “uncertain if it will be sustained in the weeks ahead,” the NRA story said. Some 16 percent of full-service operators anticipate higher sales in February and March than they did in January, with 46 percent expecting a decline from the January level.

The story said that limited-service operators are “only slightly more optimistic about the next several weeks,” with 21 percent expecting their sales in February and March to be higher than January and 37 percent expecting lower sales.

The spate of severe winter weather in the past weeks has affected sales as well, the story said. “Restaurants lost an important customer touchpoint during the recent surge in winter weather, with outdoor dining becoming less feasible in many parts of the country. This had been a lifeline for many restaurants, particularly in areas that ramped up indoor dining restrictions in recent months.”

The story said that 42 percent of full-service operators said their establishments offer on-premises outdoor dining. That number had fallen from 52 percent in November and 74 percent from September, when the weather was more accommodating.

Among limited-service eateries (quick-service, fast-casual and coffee/snack) operators, “37 percent say they currently offer outdoor dining – down from 46 percent in November and 60 percent in September.” 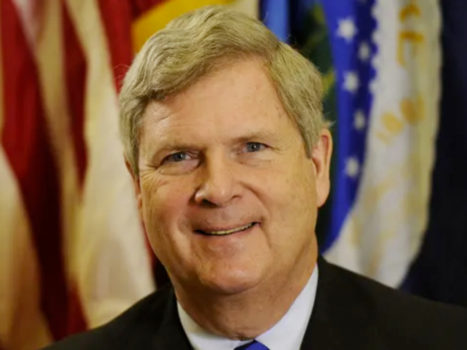