After taking issue in November with the Exclusion of the Restaurant Revitalization Fund Replenishment Act from the Biden Administration’s Build Back Better Act, the foodservice industry registered another complaint this month against the Administration’s new “Dual Jobs” tip credit regulation.

Both issues, as explained in separate press releases from the National Restaurant Association, can severely impact the industry.

In a release issued Nov. 19, the National Restaurant Association published a statement from Sean Kennedy, executive vice president of Public Affairs, that was crafted in response to the U.S. House of Representatives passing the Build Back Better Act. Passage of the bill, he said, leaves a significant number of businesses “on the brink of closure.”

Kennedy wrote, “We are disappointed that the House passed the Build Back Better Act without including the Restaurant Revitalization Fund Replenishment Act. The last few months have been a stark reminder that restaurants are still on a pandemic rollercoaster. The loss of consumer confidence because of the delta variant, combined with rising food prices, supply chain shortages, and higher workforce pay created a perfect storm that wiped out our rebuilding momentum. Passing this bill without including RRF replenishment leaves thousands of small business restaurants teetering on the brink of closure.”

He continued, “We are also concerned with several elements included in the final bill. At the beginning of the year, we specifically asked Congress to not pass any legislation that would harm restaurants as they rebuild. However, this bill newly applies the net investment income tax (NIIT) to active business income for pass-through businesses — which includes many small business restaurants. The last thing that restaurants and other small businesses across the nation need at this time is to be saddled with an additional $252 billion in new taxes.”

Moreover, he said, “On top of that, the bill throws out 85 years of established business and labor law by imposing new and enhanced fines and personal liability for directors and officers. If this change stands, a business that made inadvertent or technical errors could face fines high enough to put them into bankruptcy. Workers deserve protections in the workplace and bad actors who violate labor law should be held accountable. But this change is essentially using a bludgeon to intimidate and punish businesses that make inadvertent errors or who believe they are acting within their legal rights and in accordance with labor law.”

Kennedy concluded, “We hope the Senate will address these concerns as the legislation moves forward.”

In a more conciliatory tone, he wrote, “The final bill does include some provisions we recognize will help address workforce concerns across the economy including free universal Pre-K and expanded childcare subsidies. We are also pleased that the House recognized the value of apprenticeship programs like the National Restaurant Association Educational Foundations’ Hospitality Sector Registered Apprenticeship, Restaurant Youth Registered Apprenticeship, and their apprenticeship opportunities for military personnel. The increased funding for programs like these will provide opportunity and training for people ready to advance their careers.”

On Dec. 5, another press release was issued, this one armed with a lawsuit against the United States Department of Labor, Labor Secretary Martin J. Walsh and Jessica Looman, acting administrator of the Department of Labor’s Wage and Hour Division.

Noting the lawsuit “follows 80/20 Tip Credit Rule change set to take effect at the end of the month,” the National Restaurant Association release said, “The RLC and the TRA filed a lawsuit against the Biden Administration stating that its new ‘Dual Jobs’ tip credit regulation is really a new statute in disguise that directly conflicts with the plain language of the law. Furthermore, if allowed to stand, it would severely impair small and local restaurant owners’ ability to operate their businesses. The lawsuit seeks to have the new regulation enjoined and then vacated by the Court because it is arbitrary, capricious, and contrary to the Fair Labor Standards Act.”

The release went on to say, “The Small Business Administration (SBA) Office of Advocacy also expressed concern that the Department of Labor’s certification lacks an adequate factual basis. SBA Office of Advocacy called on the Department of Labor (DOL) to withdraw the regulation and reassess its cost estimates to reflect the economic impact of this rule on small entities and consider significant regulatory alternatives.”

The release quoted Angelo I. Amador, executive director of the RLC, who said, “The Administration’s attempt to improperly use the regulatory process to legislate changes to the ‘Tip Credit’ would severely impact operators who are currently focused on labor and supply chain shortages and working to keep their doors open after an economically devastating pandemic. As we have previously stated, this is an arbitrary change that only creates confusion and enormous compliance challenges for restaurants.”

Emily Williams Knight, president and CEO of the TRA, commented, “Tasks such as getting the restaurant ready for customers, restocking items during meal service, cleaning, and closing down the restaurant at the end of the day have long been an integral part of the tipped occupations commonly found in restaurants. Because restaurant employees often move rapidly from one task to another throughout a shift, there is no practical way for an employer to keep the task by task records the Administration’s regulations would demand to avoid potential liability. Operators are exhausted after a very difficult 20 months of the pandemic; now is the wrong time to burden them with unnecessary regulations.”

The release explained, “The Tip Credit is the difference between what an employee makes through hourly minimum wage from tips received during each shift and the amount owed to the worker by the restaurant owner. The Biden Administration is moving to formally withdraw regulations on tip credits and issue new ones. The proposed regulation would be difficult for the restaurant industry to implement as it would require restaurants to divert existing resources to monitor and reclassify the types of tasks that restaurant workers perform. This creates additional challenges for restaurant owners and managers and will likely drive up operating costs. The regulations are set to take effect on Friday, Dec.28, 2021.” 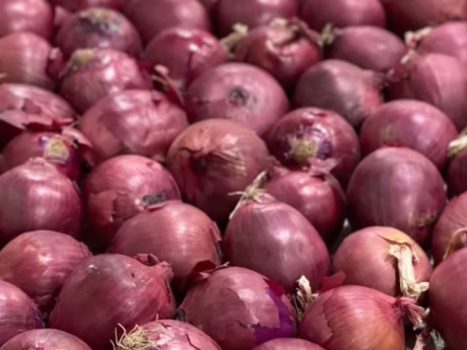