Favorable weather conditions and good markets mark the onset of the 2016 season for Western Onion Sales, headquartered in Camarillo, CA.

According to Gerry Valois, founder and owner of the vertically integrated operation, harvest started in California last week, and he noted, “The profiles I’ve seen are quite nice.” 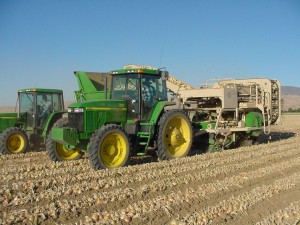 He added, “Currently the markets are elevated, and I think they’ll remain at that level for a while – I’m guessing a month or two. But we don’t know where it’s going to take us.”

Valois, whose produce background started on the Los Angeles Terminal Market in 1979, started Western Onion with former business partner Mick Gilles in 1993. He became sole owner when Gilles departed in the late ‘90s, and today the year-round, multifaceted company grows its own onions, packs and ships product for other growers and also provides contracted custom harvesting.

The company works with Mexican growers, shipping 200-300 loads out of Yuma, AZ, and is also in the Phoenix, AZ, onion deal.

“And we import when the market can support what we do,” Valois said. Product comes in from Australia, New Zealand, South and Central America and the Netherlands.

Domestically, loads are shipped across the entire country, with foodservice and wholesale making up the customer base. Sales are handled by Valois, Pedro Rodriguez and Ernie Colton. 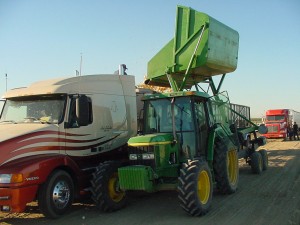 Camarillo is the primary office with eight full-time employees and a seasonal crew that Valois said is generally made up of the same workers every year. He commented on the California minimum wage, which Gov. Jerry Brown recently raised to $15/hour, which matches New York’s as the highest in the country. The graduated increase will take place over the next six years, with 2022 the year it hits $15. Currently it’s at $10, Valois said.

The company owner said foresight is necessary to keep pace with labor and wage issues. “Labor is always a concern,” he said. “We watch it closely. People need to be cognizant of what’s happening and plan for it, making those transitions as best they can.” He added that

Those evolving aspects have always been part and parcel of the produce industry, and Valois said, “Things are forever changing, and there is a lot of opportunity if you’re willing to make an effort in this business. But the produce industry is probably not for the faint of heart.” 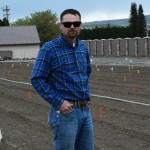