The newly-organized Columbia Basin Onion Research Committee, which filed for its non-profit status in Washington, will serve that state’s onion growers as well as Oregon growers who are not included in other regional assessment-based research committees.

Between growers in Washington and the designated regions of Oregon, some 30,000 acres of onions are planted each season. Washington accounts for 22,000, and Oregon has 8,000. To reach those growers, the new committee sent a letter out about two months ago, announcing the plan to form the research group.

The self-assessing group will operate on a voluntary basis, assessing $5 per acre for those participating. The fees, due this fall, will be collected and administered by the Pacific Northwest Vegetable Association-PNVA, headed by Sheri Nolan. The source of all funds collected will be kept private.

During a trip to Washington recently, OnionBusiness.com met with Dr. Tim Waters, advisor to the group and WSU Area Extension Educator, who will work closely with the committee as it moves forward. Waters has worked on many onion research projects since his appointment as Area Extension Educator for Franklin & Benton Co. Commercial Vegetables in 2006. He holds a Ph.D. in Entomology from Washington State University and began his extension work after completing his education.

Waters said that onions have become such an important crop to the region’s economy that formulating a special non-profit research committee makes good sense for future growth and stability.

“We have been very fortunate to have had growers, seed, chemical and irrigation companies volunteer their resources to build a good research program in the area,” he said. “The funds collected through the new voluntary assessment process will allow us pursue larger research projects and tap into matching government funding.”

Waters continued, “With the funds collected, the group will identify short-term issues and release RFPs for projects that can address things like pesticide solutions.  When we can solve these short-term problems, we are better positioned to access additional federal matching funds to tackle long-term issues and focus on the big picture, like breeding. Ultimately, the goal is to give our growers the tools they need to produce the best crops possible.”

Waters also noted that in addition to grower members, support industries will be invited join as associate members.

The funds collected this fall will be used to fund research for the 2017 crop, he said. 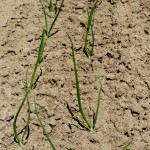