Greenway gives an in-depth – and honest – look at onion production

During a fact-filled PowerPoint, Gina Greenway laid out a compelling look at onion production during the recent Idaho-Malheur County Growers Meeting in Ontario.

Greenway, a professor at the College of Idaho in Caldwell, started with this definition: “Farming: Noun [farm*ing]: the practice of losing money, while working 400 hours a month to feed people who think you are going to kill them.” From that all-too-familiar statement, she went on to look at the 2018 Treasure Valley onion crop compared to that of 2017, noting that yields were up, Iris Yellow Spot Virus was down, and quality has been “great.” Pricing, however, has not been as cheery a subject.

And the elephant in the room has to do with surviving the current climate of climbing input costs and falling commodity prices. Key to that survival is the grower’s acknowledgment of break-even prices, and Greenway advised, “Don’t lie to yourself.”

Additional expenses such as meals, transportation, and housing required of H2-A labor will increase the effective rate paid. Labor costs are estimated at $233 per acre.

While thrips were less of an issue in 2018, the per-acre cost of management will range from $178-$309, depending on the product and number of applications used. Other per-acre inputs include fertilizer at $131, fuel/repairs at $150, herbicide at $90 and fungicide at $155. Insurance is estimated at $80 per acre, harvest costs at $1,080 and marketing at $.05/cwt. Custom consultants and hand weeding crews are budgeted at $600 per acre.

Total variable costs without storage hit $4,100 per acre, and with operating interest at 6.75-7 percent, assuming the money is borrowed for six months is estimated at $143.50 per acre, bringing total operating costs to about $4,244.

“Computing an accurate variable cost break-even price (total variable cost/expected paid yield) requires careful attention,” Greenway said. “If a grower is looking to compute a break-even point that corresponds with FOB pricing, then not only is it necessary to include the cost of production but the cost of packing and storage must also be accounted for. Field run yields must be adjusted to a representative paid yield. As an example, a field run yield of 960 cwt/acre with a 75 percent packout would return an estimated paid yield of 720 cwt/acre. If growers know the percent packout in each size class they can capture more accurate estimates of break-even prices needed.”

Greenway went on to tackle what she called “Management Myth #1, ‘If the crop price is low, I can make it up in volume!’”

Her response was, “If you can’t cover your variable cost per unit of output, it doesn’t matter how much you produce. Every unit produced will increase your loss.”

Individual increases in plantings do not benefit the region’s industry as a whole, she said, and in fact it can cause a drop in prices for everyone. Longer rotations can be helpful following a high onion price year, growers “can lose less money on something else.”

But the key is managing success through increasing exports, investments in opening new markets and overall marketing efforts.

She told the growers, “Your job is not done at harvest,” adding, “A hands-off approach doesn’t work.” Growers were encouraged to be involved in marketing and selling, and Greenway said economic growth and prosperity are fueled by retaining and recirculating dollars locally, through jobs that are directly tied to onion production on farms, in packing houses, and with processors and also with indirect employment through “businesses that supply goods and services to the onion sector,” such as accountants, irrigation companies and input providers. The upshot of direct and indirect onion industry jobs is money spent and re-spent in the area, supporting a broader economy overall.

“Onions are critically important to our regional economy yet often suffer from inexplicable price volatility,” her presentation said. “Prices don’t necessarily depend on facts, but rather what people believe facts to be.”

She concluded, “People make markets and we have an ample supply of a quality product. So why aren’t we asking ourselves why family farm matter, increasing our willingness to negotiate, and consistently demanding a fair return for our hard work?” 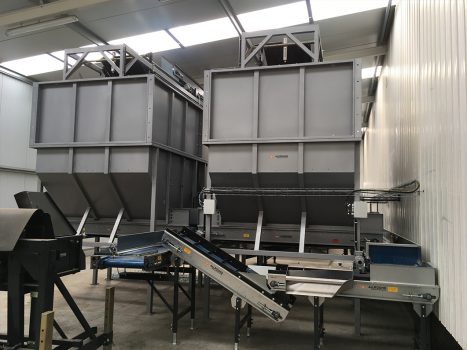