When it comes to compliance with Food Safety Modernization Act, or FSMA, regulations in the Treasure Valley of Idaho-Eastern Oregon, keeping abreast of dates and protocol is largely a team effort.

According to Stuart Reitz with the Oregon State University Malheur Extension’s Department of Crop and Soil Science in Ontario, OR, his work dovetails with that of other individuals, associations and research groups in looking at two major FSMA-related issues: water quality and shipping containers.

“First, our work on the FSMA rules in the Treasure Valley has been a team effort,” Reitz told OnionBusiness.com. “I appreciate the opportunity to collaborate with other researchers on research projects; I appreciate growers and irrigation districts in cooperating with research; I appreciate the support from the Malheur County and Idaho Onion Grower Associations and the I-EO Onion Committee in funding research and outreach programs, which has benefitted the entire onion industry.”

Reitz said when the initial rules were proposed (January 2013), “… the major concern was that irrigation would have to stop if water quality exceeded the FSMA thresholds. By water quality, I’m referring the E. coli levels in the irrigation water.”

He continued, “Our interest has been on has been to inform the FDA about dry bulb onion production so the rules fit with the crop and our production practices. In turn, we want to make sure the industry is aware of the rules and how to comply with them. Finally, we want to find the best way for the industry to comply with the rules – ways that reduce the burden and expense but still assure consumers of the safety and quality of onions.”

To that end, Reitz and fellow researcher Dr. Clint Shock, director of the Malheur County Research Station, have worked at the experiment facility “to determine the fate of E. coli. A fundamental question has been does E. coli move from irrigation water to contaminate onion bulbs.”

The team expanded, he said. “For this, we have relied on the expertise of Jim Klauzer at Clearwater Supply to design irrigation systems to conduct the research. Harry Kreeft at Western Laboratories in Parma has also been instrumental in developing ways to analyze soil, water and onion bulbs for the presence of bacteria, like E. coli. We have also had the opportunity to work with Joy Waite-Cusic, an OSU food science faculty member.”

Reitz said, “Not surprisingly, generic E. coli is present in irrigation water. However, the soil filters out much of this E. coli so little typically reaches the onion bulb. Even if E. coli reaches the exterior of the bulb, the onion itself seems to act as barrier to prevent contamination of the bulb interior. We have also shown that there is a rapid die-off of bacteria on the surface of onions as they cure in the field. I think these results have been instrumental in the FDA including a die-off provision in the final FSMA rules.”

In terms of the FSMA water quality regulation timeline, Reitz said, “Most of our onion farmers fall under the large farm category, so the compliance dates are generally two years from when the rules went into effect. Two years sounds like a long time, but it goes by quickly. FSMA is a huge and complex set of rules and regulations, and FDA has been slow, my opinion, in providing clear, concise and easily understood guidance to growers, packers and shippers on how to comply with the rules.”

He added, “Right now, one project I am working on is how many water quality profiles growers need to establish. The rules indicate that a separate profile is needed when water quality changes. If the results show we can accurately monitor water quality over larger geographic areas as well as can be done on a smaller field-by-field basis, then growers may able to share water sample data and reduce the amount of sampling each individual grower has to do.”

And, he explained, “Agricultural water refers to any water source that contacts the ‘harvestable’ part of the crop – so that includes any irrigation water plus spray water, so those different sources need to be monitored and be in compliance.”

Speaking of the storage bins, Reitz said, “We have also shown that the traditional wooden bins used to store onions do not increase the risk of bacteria contaminating onions, so from a food safety perspective there is no need to switch from wooden to plastic bins.”

To sum up, Reitz said, “Overall, our work in the Treasure Valley shows that on-farm production practices as well as storage and shipping practices we have pose little food safety risks.” Moreover, he said, “No one wants to have unsafe food in the marketplace, especially the growers and shippers whose livelihoods depend on providing safe, high quality produce to consumers. Again, our goal is to demonstrate the inherent safety of dry bulb onions to the FDA, buyers and consumers and to make sure that growers are able to comply with these new rules.” 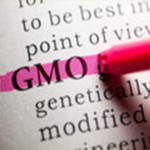