[OnionBusiness.com is fortunate to have agronomist Bob Simerly, who is also co-chairman of the National Onion Association Environmental Committee, explain the status of genetically modified onions. We asked Bob if he was aware of any GMO onions on the market and what research and advancements are being made in that field. Here is his very thorough take on the subject.]

The short answer is that there are no commercially available genetically modified (GM) onions. There are businesses and universities with the technical know-how and resources to produce GM onions, and they have done so in the laboratory and under controlled field evaluations, but there is no claim or evidence that any genetically modified traits have been released in a commercial onion variety anywhere in the world.

Onion (Allium cepa) has a complex genome and was relatively late to be successfully transformed. In 2000, at the 3rd International Symposium on Edible Alliaceae in Athens, GA, a team from New Zealand lead by Dr. Colin Eady announced the first successful onion transformation by turning off the genes that make the enzyme that causes onions to make you cry when they are cut. Yes, it’s true — we could have had tearless onions over 15 years ago.

Genetic modification, as in GM or GMO crops, generally refers to artificial changes to a species’ genome involving laboratory techniques that go beyond naturally occurring changes resulting from classical plant breeding techniques. Transgenic modification refers to the moving of genes from one species to another such as bacterial genes moved into a corn plant. There is another strategy first espoused by Dr. Michael Havey, the USDA’s onion genetic specialist stationed in Madison, WI.

At the International Horticultural Congress held in Toronto in August 2002, Dr. Havey proposed a new paradigm in plant breeding in which transgenics would be minimized in favor of cisgenics. This involves the movement of genes using laboratory methods from within the same species or closely related species resulting in changes that could have been made using classical plant breeding methods.

The resulting changes could be made much faster – in weeks instead of years or decades. Gene silencing techniques have also been developed in which genes are simply turned off like Dr. Eady’s tear-free onion. The tearless onion currently undergoing commercialization in Japan known as “Smile Ball” was not produced using GMO techniques but rather ion irradiation resulting in mutagenesis in tissue culture; plantlets were then grown out and entered into a traditional breeding program.

Genetic engineering continues to advance. Now we have CRISPR-Cas9 and other powerful next generation technologies that hold the promise of more productive, more wholesome and more attractive food, but will we be able to use them? Non-science, fear-based beliefs are pervasive in society and are resulting in the rejection of food produced using these techniques.

Should we use them? Yes, in my opinion we should. Since 1996 billions of acres of genetically modified crops have been grown around the world and no credible environmental of health problems have resulted. Could problems happen? I suppose so. We should not allow ourselves to be so deeply invested in GM crops that, if a negative, unintended consequence were to surface we could not pull the plug, even if it means great financial loss for some companies.

I believe that we will eventually see GM onions. New technology is making the process more and more benign. Eventually people will stop fearing it.” 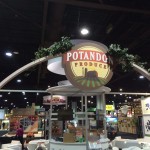